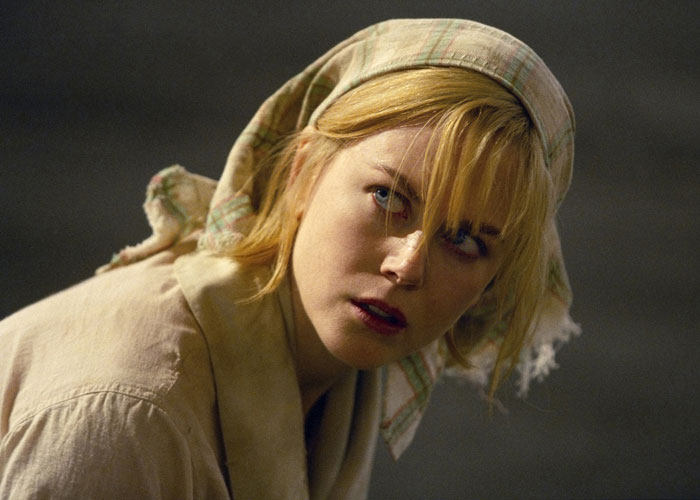 Lars von Trier will probably never make Wasington, and the USA: Land of Opportunities trilogy is simply going unfinished for the rest of our time. A real shame, too, considering the supreme quality of Dogville and the well-you’re-reaching-but-nice-job feeling one gets whilst watching Manderlay — a problematic film that, nevertheless, is still a better look at race relations than something like The Help. (The fact that Bryce Dallas Howard stars in both blows my mind, by the way.) Just the title of that final installment, the suggestions it makes, has me bummed such an enterprise never concluded.

I suppose this is the next best thing. Allocine (via ThePlaylist) picked up an interview Nicole Kidman conducted with French magazine Postiff, with which she revealed her brief participation in von Trier‘s The Nymphomaniac. The work will only see her reunite for a “few days,” and, given the two-film, eight-part nature of this film, should be a pretty small amount of screentime in the grand scheme of things. Still, this is a nice bit of news for what’s already one of next year’s most unique offerings; I’ll take casting of this sort over a Marvel movie any day, too.

On a cold winter’s evening Seligman, an old bachelor, finds Joe semi‐unconscious and beaten up in an alleyway. After bringing her to his flat he sees to her wounds while trying to understand how things could have gone so wrong for her. He listens intently as she over the next 8 chapters recounts the lushly branched-‐out and multi faceted story of her life, rich in associations and interjecting incidents.”

Also in Kidman‘s court (kangaroo court?), Variety reports that Paz Vega will be coming aboard Grace of Monaco, the biopic-of-sorts which the star at hand will be leading for director Olivier Dahan (La vie en rose). Our newest addition will be playing opera singer Maria Callas, a friend of Grace Kelly‘s as the film’s central conflict unfolded.

Said conflict, which took place during her time as Princess of Monaco, involved tax disputes between her nation and France; the actress intervened by telling the latter country’s leader, Charles de Gaulle, to give her husband, Prince Rainier III, an extra six months to figure out some big tax reforms. Callas was, at the time, dating Aristotle Onassis, who was friends with Rainier III, so just think of the gossip those two shared over dinner. Those scenes should be entertaining.

Does this new pairing give The Nymphomaniac anything extra notable? What about Grace of Monaco?