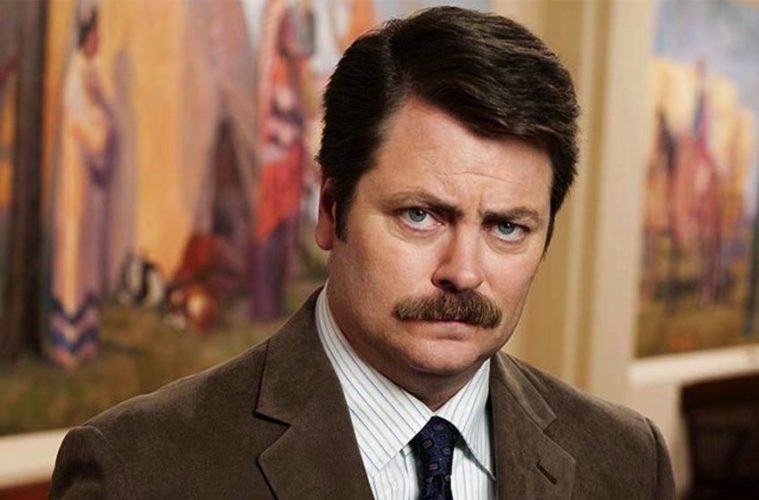 I’ve never actually seen Parks and Recreation — send all the angry letters you can muster; just don’t forget the stamps — so the alleged greatness of Nick Offerman, though not lost on me, isn’t something I’m really privy to, either. (His three-minute appearance in 21 Jump Street was funny.) But, knowing the guy’s huge fanbase, it’s easy to bet that Ron Swanson (give me that much) fans will be pleased as punch by an announcement that not one, but two potential-filled parts are coming his way.

When talking to BuzzSugar (via ThePlaylist), Offerman was quoted as saying that, at different points over the year, he’ll be filming Toy’s House and We’re the Millers, two comedies of seemingly stark shades. Jordan Vogt-Roberts will make his feature debut on the former, a Chris Galletta-penned story the Greater Columbus Film Commission describes as a “heartfelt comedy about three unhappy teenagers who flee to the wilderness where they build a makeshift house and live off the land as masters of their own destiny.” Although any hints pertaining to additional casting haven’t been dug up, the prospect of a late-June start means we should, by all means, hear things throughout the month. (And, despite the snagging of a TV star, I’d think a small lineup is in store.)

New Line are behind the second, which is about a drug dealer who, in one last job, “pulls together a fake wife and two kids to pose as an RV road-tripping family.” The end goal? Smuggle 1,000 pounds of marijuana across the U.S.-Mexico border. Jason Sudeikis was recently in talks to play the pot dealer, while his Horrible Bosses co-star, Jennifer Aniston, has been courted for the prostitute-turned-fake mother; Rawson Marshall Thurber (Dodgeball) is directing a script from Bob Fisher and Steve Faber (Wedding Crashers). No matter who he plays, I’m sure Offerman will be funny — and that comes from someone who doesn’t get the whole “breakfast foods” gag in the first place.

Is it nice to see Offerman taking more film roles?