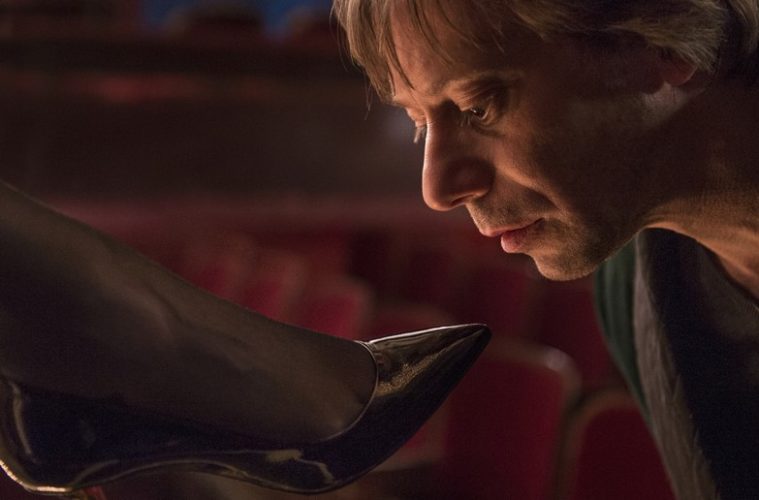 If the summer season already has you down, by now wondering when it will hit a merciful end, take solace in this (among other things): a new Roman Polanski film is coming within the next month or so, with its Sundance Selects-provided release (speaking for the U.S.) bringing things to both your local arthouse and various VOD platforms simultaneously. Before that, however, citizens of the U.K. will receive Venus in Fur on May 30 — and, with May 30 being but a few days away, curious eyes have a new trailer to feast upon. That is, if you haven’t seen a couple already or want to go in as blind as possible.

It should also be noted that his long-developing biopic, D, seems to be going full steam ahead, with a report from Italian outlet il Giornale pointing toward some big, recent developments: along with a complete screenplay from Robert Harris — author of the film’s source material, as well as the director’s co-scribe on The Ghost Writer, itself based on his own novel (are you noticing a trend?) — shooting is expected to commence in January, and a “top secret” cast is coming together. After a couple of years in development — it was set to be his Carnage follow-up before Venus in Fur came around — it’s good to see a tale (which sounds like classic Polanski) not get pushed to the side, especially when the man hasn’t been this vital in decades.

Watch the U.K. trailer below, with a U.S. one provided after:

Here, too, is a new poster (via Artificial Eye): Alone in a Paris theater after a long day of auditioning actresses for the lead role in his new play, writer-director Thomas (Mathieu Amalric) complains about the poor caliber of talent he has seen. As Thomas is about to leave the theater, Vanda (Emmanuelle Seigner) bursts in, a whirlwind of erratic—and, it turns out, erotic—energy. When Thomas agrees, reluctantly, to let her try out for the part, he is stunned and captivated by her transformation. Not only is Vanda a perfect fit (even sharing the character’s name), but she apparently has researched the role exhaustively—down to buying props, reading source materials and learning every line by heart. The likeness proves to be much more than skin-deep. As the extended “audition” builds momentum, Thomas moves from attraction to obsession… Adapted from the Tony Award-winning play by David Ives.

Are you looking forward to both Fur and D? What have you made of Polanski’s recent output?