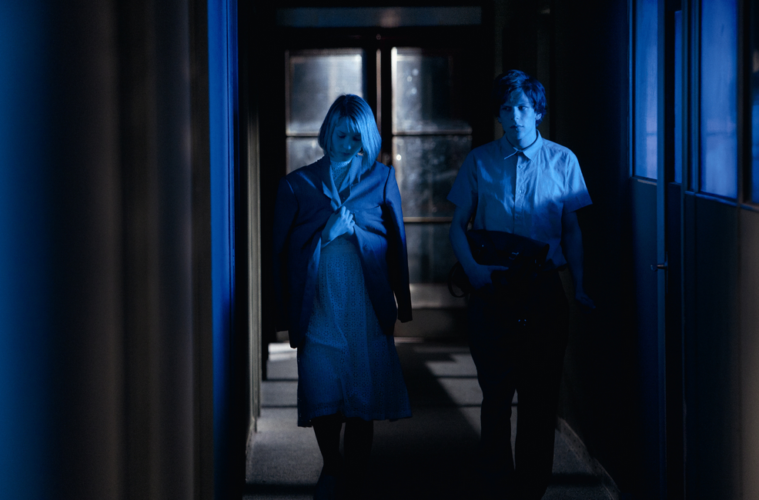 Magnolia Pictures haven’t given it a U.S. release date yet, but Richard Ayoade‘s Submarine follow-up The Double will be stopping by Sundance Film Festival ahead of an U.K. release in April and today brings a new trailer. Featuring Jesse Eisenberg and Mia Wasikowska, the first teaser mostly showed off our lead character, but this new, brief preview reveals more of our supporting cast.

As we said in our review, “as adapted by the helmer and Avi Korine, The Double brings Fyodor Dostoyevsky‘s novella to the big screen with a surefire confidence in its visual form and an eccentric comedy that should go a long way towards securing the IT Crowd star as a permanent, unique voice in contemporary cinema. There is a definite stylistic kinship to his first film, pairing it well with this one’s descent into a psychological conflict of identity: every waking second of Simon James’ (Eisenberg) entire existence shatters with the introduction of a confidently superior doppelgänger named James Simon.” Check out the new trailer below (via Total Film) for the film also starring Wallace Shawn and Noah Taylor.