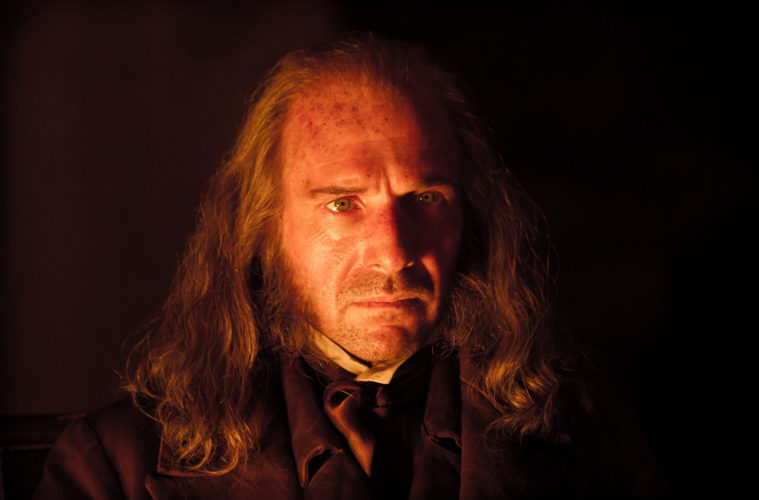 Having gone under the radar for nearly its entire production, Great Expectations is finally ready to reveal itself. That will actually happen when it closes the 56th London Film Festival on October 21st, but, if you’re not there — which probably applies to everyone reading these words — take this batch of new stills, from Empire and HeyUGuys, as your best preview.

And, from that alone, the movie definitely looks pretty. Mike Newell is going into this with a lot of doubt on my own part, but there’s a dual visual sumptuousness and variety in the shots, part of which includes a certain British aesthetic I’ve got a weak spot for. Ralph Fiennes, Jeremy Irvine, Holiday Granger, Jason Flemyng, and Helena Bonham Carter, while hard to judge, appear to be comfortable, with the lattermost impressing in her Miss Havisham outfit.

Great Expectations is expected to arrive before the end of this year. See the pictures below: There’s a change of pace in our next peek, as BadassDigest and ThePlaylist have each premiered two new photos from Sinister. The Scott Derrickson-directed, Ethan Hawke-starring horror feature garnered some positive word at its SXSW premiere, and will finally come to theaters just over a month from now. So, we have some stills.

Sinister hits on October 5th. My favorite of either selection is right below, while the other two can be seen at the above links: Now the tone really changes, since our last shot is for DreamWorks Animation’s Meet the Croods; EW (via /Film) was able to obtain the colorful shot. Chris Sanders (How to Train Your Dragon) and Kirk DeMicco (Space Chimps) are directing the tale of cavemen stepping outside their natural habitat, while the actual dwellers are voiced by Nicolas Cage, Emma Stone, Ryan Reynolds, Catherine Keener, Cloris Leachman, and Clark Duke.

Back at Comic-Con, the DreamWorks team revealed that their newest outing would follow a neanderthal family whose forced move from a cave pushes them out into “a wildly lush and dangerous landscape.” It’s here where they discover Guy (Reynolds), a caveman whose capacity for independent thought makes him a unique being.

The Croods is slated to open on March 22nd, 2013. The photo is available below:

Which piece are you most impressed with, and which film are you anticipating the most?