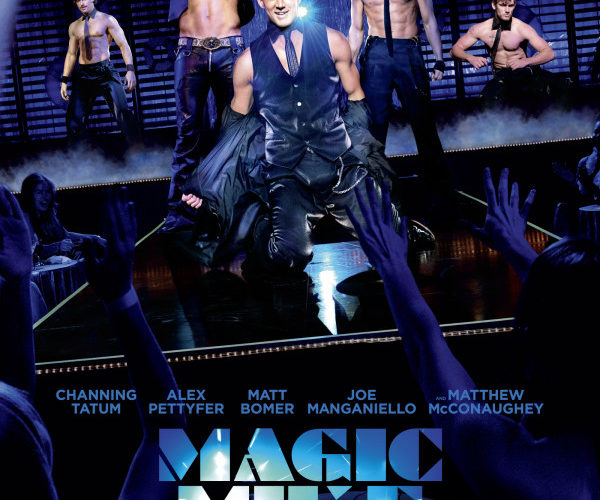 New Posters for ‘Magic Mike,’ ‘The Campaign,’ and ‘360’ Strip Down, Face Off, and Converge It was only this Friday when a strikingly similar Magic Mike poster hit the internet, but who among us will really complain about more of this? (Not me.) WB’s Twitter account have dropped our newest gander at unfiltered masculinity — that being Channing Tatum, Matthew McConaughey, Matt Bomer, Alex Pettyfer, and Joe Manganiello in various states of undress — which, despite (or, perhaps, due to) it being in line with the film’s entire marketing plan, still has me wondering about the eventual reaction. So many people will have no idea they’re walking into a Steven Soderbergh film…

Magic Mike should get the heart pumping on June 29th. Don’t feel remotely guilty about peeking below: Less abs are to be found on a one-sheet for Jay Roach‘s The Campaign, though I wouldn’t put such a display past Will Ferrell or Zach Galifianakis. Much like the above display, we have a prime example of selling the stars; Lord knows this item doesn’t tell us anything past “they’re running for public office,” but people like these two enough for that vagueness to be acceptable. And, if the previews are any indication, much of the movie is operating on this same mentality.

The Campaign hits on August 10th. See the first poster below, courtesy of the movie’s Facebook page: Finally, a pair of posters have been released in promotion of 360, a new outing from Fernando Meirelles (City of God) that’s led by Anthony Hopkins, Jude Law, Rachel Weisz, and Ben Foster, all of whom get some space on either. Being a story of the sexual connections between people around the globe, the design of these (well, one of them) makes basic sense and, at the same time, lends some flavor, but it sounds more tolerable than what’s in the actual film.

360 will open on August 3rd. See the two posters below (via FilmOFilia): Do any of these pieces leave you impressed, or in anticipation of what’s to come?