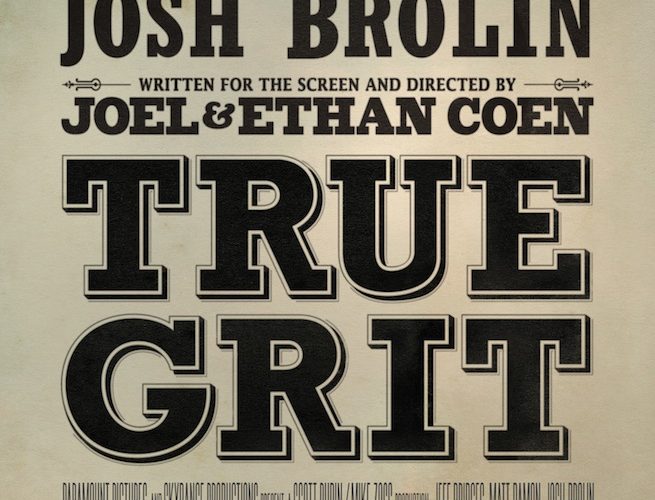 After the Cowboys & Aliens teaser poster earlier today, the flood of posters hasn’t stopped, and there’s five new ones to take a look at. They are, in order of this article, True Grit, The Mechanic, Pirates 4, Cars 2, and Frankie & Alice. You can take a look at them below in all their promotional glory.

The first one is the one that you probably find yourself most excited for. The Coen brothers’ newest film would always be on my radar, but the stellar cast and epic trailer make me even more excited than I would normally find myself. This newest poster has the same text layout and content as the first we’ve seen, minus the bullet shot with dripping blood, but it has a background that’s a picture (presumably) from the movie, looking somewhat similar to the poster for their 2007 film No Country for Old Men. It comes to us from MSN and can be seen below: The second poster premiere is for The Mechanic, the CBS Films remake of the Charles Bronson film of the same name from 1972. It stars Jason Statham and Ben Foster, two reliable action leads joining together. Apparently there’s a piece of viral marketing on the poster that is accessed when you download a QR Code Reader to your smartphone, and then scan the poster with said smartphone. The poster and information on the hidden code are provided by Cinematical, and you can see the poster below: And here we have the teaser poster for Pirates of the Caribbean: On Stranger Tides. It looks like pretty much all the posters you’ve seen for these movies, but I don’t consider that such a bad thing due to the fact that the familiar look of the marketing materials will pull in audiences early. So, yes, this teaser poster only serves as an early way to get the attention of a normal audience, but it serves its purpose. See it below courtesy of IMPAwards (via /Film): Next up is first official image of Pixar’s next feature Cars 2, accompanied by the teaser post and the synopsis. [Yahoo Movies] Star racecar Lightning McQueen (voice of Owen Wilson) and the incomparable tow truck Mater (voice of Larry the Cable Guy) take their friendship to exciting new places in “Cars 2” when they head overseas to compete in the first-ever World Grand Prix to determine the world’s fastest car. But the road to the championship is filled with plenty of potholes, detours and hilarious surprises when Mater gets caught up in an intriguing adventure of his own: international espionage. Torn between assisting Lightning McQueen in the high-profile race and towing the line in a top-secret spy mission, Mater’s action-packed journey leads him on an explosive chase through the streets of Japan and Europe, trailed by his friends and watched by the whole world. Adding to the fast-paced fun is a colorful new all-car cast that includes secret agents, menacing villains and international racing competitors. Lastly we have the first poster for the Halle Berry-starring Oscar hopeful Frankie & Alice. [In Contention]

What do you think of these posters? Which movie are you most excited for?