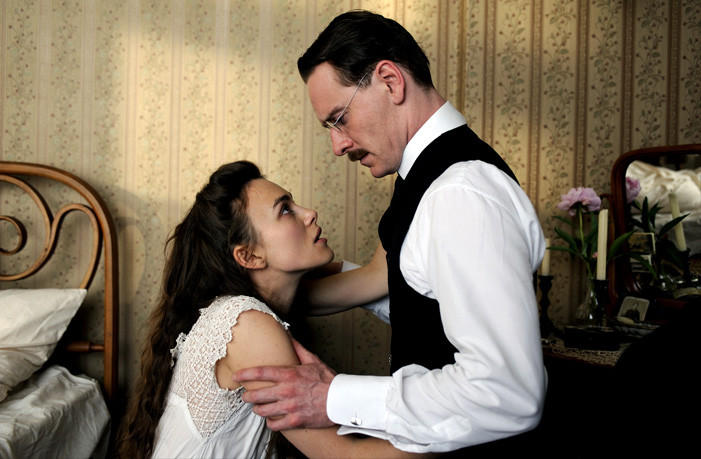 While Cannes is underway and seems to be having a pretty good year, Venice has announced some of their slate for this September, and it also looks pretty damn impressive. According to Variety, the lineup that they’ve assembled will not only include films from directors who’ve already landed their place in cinema history, but will also contain features from some great, newer talent.

Two of the bigger announced projects are David Cronenberg‘s A Dangerous Method and Roman Polanski‘s Carnage. The former tells of the relationship between Sigmund Freud (Viggo Mortensen) and Carl Jung (Michael Fassbender), as well as the love triangle formed from their mutual affection for patient Sabina Spielrein (Keira Knightley). The latter is an adaptation of the stage play God of Carnage, which tells of two sets of parents who get together to discuss a fight that their children had, but which devolves into a conflict arising between the two couples. It stars Kate Winslet, Christoph Waltz, Jodie Foster and John C. Reilly.

But the exciting material doesn’t end there, as we can apparently expect Todd Solondz‘s Dark Horse, which stars Mia Farrow, Christopher Walken, Selma Blair and Justin Bartha. Steve McQueen will also be premiering Shame, his follow-up to the magnificent Hunger. Bringing back Michael Fassbender, it also stars Carey Mulligan; this is easily one of my most anticipated movies of 2011. Andrea Arnold is following Fish Tank with an adaptation of Wuthering Heights, and a fan of her last film (like myself) knows that it’s something to look forward to. George Clooney may have two features showing up: Alexander Payne‘s The Descendants, as well as The Ides of March, which Clooney directed himself, starring him and Ryan Gosling.

Yorgos Lanthimos will show his follow-up to Dogtooth, titled Alps. Described as being about “a group of people standing in for each others’ dead loved ones and relatives, duplicating their mannerisms to help facilitate the grieving process,” the director said that it makes Dogtooth “look like a kids’ film.” Should be fun.

There’s some more mainstream fare, with Cameron Crowe debuting his Pearl Jam documentary, PJ20, and Steven Soderbergh is rumored to either show Haywire or Contagion. I would bet on it being the former, as its close to a theatrical release; this may just be a way of it getting a nice premiere. Steven Spielberg, meanwhile, could bring either Tintin or War Horse to the festival. Tintin is getting an international release less than two months later, and I think that – just like Haywire – this would simply be a way of it starting its run in a prestigious setting.

American Psycho director Mary Harron has reportedly submitted her vampire film, The Moth Diaries, while Tomas Alfredson‘s Tinker, Tailor, Soldier, Spy is rumored for an appearance. The latter of those movies stars Tom Hardy, Gary Oldman and Colin Firth, so the mainstream attention it would get could be further reason for it to show up.

Other possible contenders include Wong Kar-wai‘s The Grandmasters, as well as Walter Salles‘ On the Road. Even if those don’t make it in, it wouldn’t diminish this lineup in any way. I would kill to be able to attend it this year, and I’m envious of those lucky enough to do so. Toronto International Film Festival will likely get many of these premieres, so check back for our reviews from that fest.

What do you think of all these movies possibly showing at Venice? Are there any that you find yourself interested in?