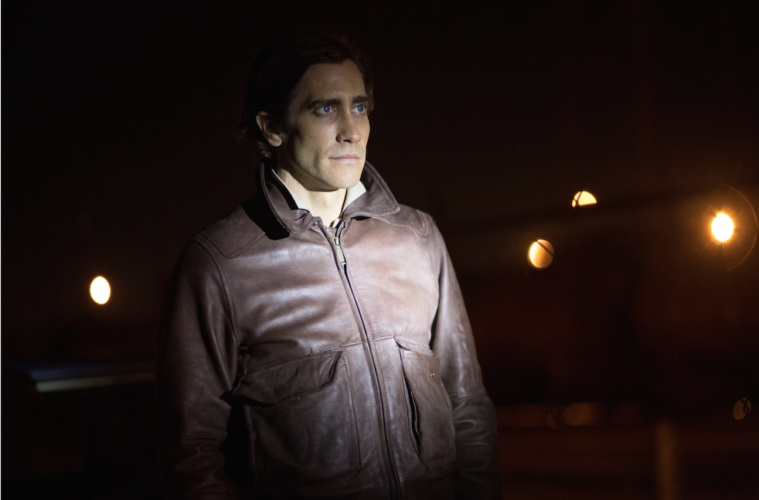 For a picture we really know nothing significant about, there’s been a whole lot of attention paid to Nightcrawler. Such is the power of two good trailers that, in only a couple of minutes’ time, sell something simultaneously funny, sleazy, and sinister, all of which is wrapped up in a greasier-than-thou bit of work from Jake Gyllenhaal. Whatever Dan Gilroy actually has planned in his directorial debut, you can cut together something good from it.

“Think of our newscast as a screaming woman running down the street with her throat cut” sets a good tone for the sort of person we’re dealing with: an overly ambitious crime reporter hoping to make his bones purveying Los Angeles nightlife. What we’re seeing thus far sells a well-composed thriller buoyed by a slippery lead performance, dominated by tics and intense stares. (Here’s hoping for a little less of the over-pronounced twitches Gyllenhaal “showed off” in last year’s Prisoners.) With a supporting cast that includes Rene Russo, Bill Paxton and Riz Ahmed, Nightcrawler has potential to leave a nice mark on our fall movie season.

NIGHTCRAWLER is a pulse-pounding thriller set in the nocturnal underbelly of contemporary Los Angeles. Jake Gyllenhaal stars as Lou Bloom, a driven young man desperate for work who discovers the high-speed world of L.A. crime journalism. Finding a group of freelance camera crews who film crashes, fires, murder and other mayhem, Lou muscles into the cut-throat, dangerous realm of nightcrawling — where each police siren wail equals a possible windfall and victims are converted into dollars and cents. Aided by Rene Russo as Nina, a veteran of the blood-sport that is local TV news, Lou thrives. In the breakneck, ceaseless search for footage, he becomes the star of his own story.

Nightcrawler will hit theaters on October 17.

What do you make of this latest trailer? Has the film’s marketing campaign sold you yet?