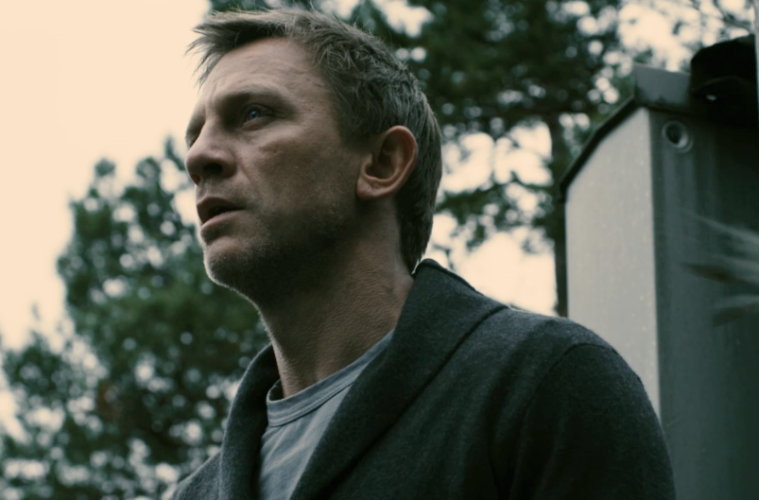 We won’t see him play Bond again until next November, but Daniel Craig might have the biggest year of his career in 2011. Yes, Cowboys & Aliens failed to impress with critics and audiences, but don’t forget that he has The Girl with the Dragon Tattoo, The Adventures of Tintin, and Dream House all coming out before the end of the year. As part of their fall preview issue, EW has unveiled some new photos (that are not yet online) of the actor in Dragon Tattoo and Dream House.

First up is the one we’re looking forward to the most, David Fincher‘s The Girl with the Dragon Tattoo. Last night, we saw a new picture of Rooney Mara as Lisbeth Salander, and today brings photos of both her and Craig in the film. They aren’t very revealing, but it’s definitely nice to see the two leads together; the way they’ll play off one another is something I’m greatly anticipating. The other one is taken from a scene that we got a brief glimpse of in the teaser, but the shot itself appears to be new.

Take a look at both below: After that, we have a new look at Dream House, the supernatural thriller that’s directed by Jim Sheridan and also stars Rachel Weisz, Naomi Watts, Marton Csokas, Elias Koteas, and Jane Alexander. The trailer apparently spoils some major plot points — which is why I’ve decided to avoid it before seeing the movie — but this latest picture might also give some things away. It shows Craig in a disheveled state, walking away from a burning home; is it the house that serves as the film’s main setting? My refusal to watch the preview means that I don’t actually know, but this still feels like something that should’ve been saved for the actual movie. Are you impressed by these new photos? Which movie are you most excited for?