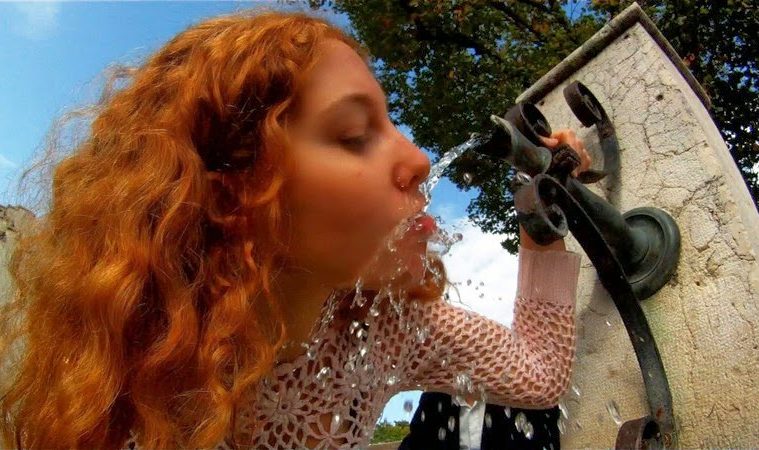 The wait has been long, but, finally, I think it might be coming to a close. Nearly nine months after a confounding, lovely looking preview arrived for Jean-Luc Godard‘s latest feature, Adieu au langage (Goodbye to Language for those of us in his beloved U.S.), some new photos have cropped up at KinoSlang and Wild Bunch — lovely ones, too, and a set you can likewise appreciate without any genuine context. (It remains to be seen if any would actually help us when the film itself plays.)

How they’d appear in 3D — the helmer’s second use, following a much-acclaimed piece, The Three Disasters, in the still-to-be-released omnibus 3x3D — is a central question surrounding this entire endeavor; thankfully, a Cannes premiere, after all this time, seems highly plausible. If it doesn’t hit the south of France come May, it might be time to send Godard some kindly worded letters requesting a screening room and special glasses.

You can see the photos below, followed by Wild Bunch’s curious synopsis: The idea is simple:

A married woman and a single man meet.

They love, they argue, fists fly.

A dog strays between town and country.

The man and woman meet again.

The dog finds itself between them.

The other is in one,

the one is in the other

and they are three.

The former husband shatters everything.

the same as the first,

From the human race we pass to metaphor.

This ends in barking

and a baby’s cries.

In the meantime, we will have seen

people talking of the demise of the dollar,

of truth in mathematics

and of the death of a robin.

Any thoughts on these first images? What are you expecting from the follow-up to Film Socialisme?