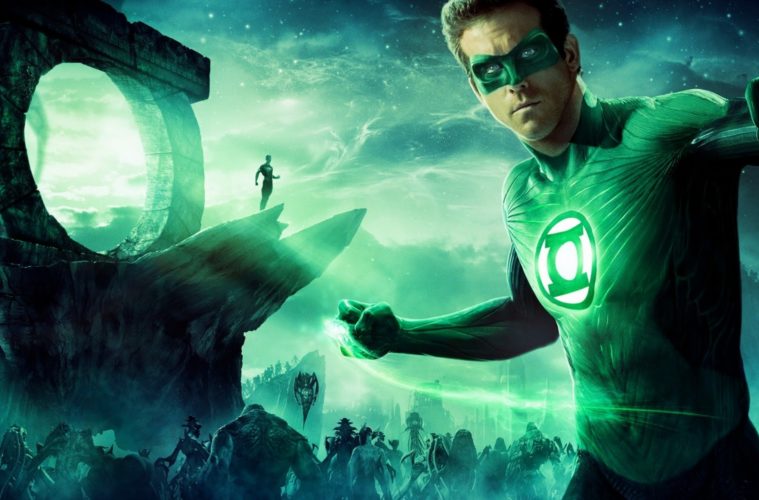 As much as I hate to say it, I’ve been left resoundingly unimpressed by just about everything we’ve seen from Green Lantern up to this point. The first trailer made it look like nothing more than a combination of CG and bad screenwriting, while the WonderCon footage just looked like a video game to me. And yet I remain hopeful. Why?

Well, I think it’s kind of cool that there’s a DC superhero coming to the big screen who isn’t Batman or Superman, and I like that any superhero getting his own movie will be getting one that takes a more cosmic approach to things. The question of if Martin Campbell has pulled this off remains unanswered, but we have a new poster from Yahoo! which shows off more of the movie’s characters. You’ve got Ryan Reynolds as Hal Jordan/The Green Lantern, Mark Strong as Sinestro, as well as Kilowog and Tomar-Re, the former voiced by Michael Clarke Duncan and the latter voiced by Geoffrey Rush.

Take a look at it below: There’s also a new banner for the movie that premiered over at MTV (via UGO), and while you can see it below, it’s recommended that you click on MTV’s link to see the image in a much larger, more detailed format. In the meantime, check it out below:

What do you think of this poster? Are you excited for the movie, or has the marketing left you unimpressed?