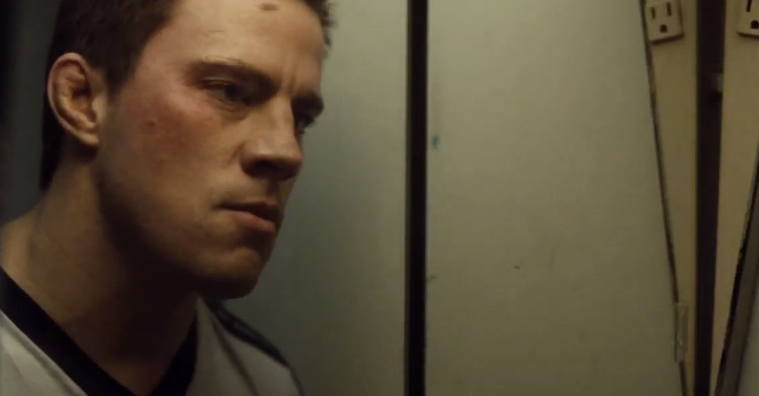 New ‘Foxcatcher’ Trailer Looks Into the Heart of Obsessive Competition With strong reviews from Cannes and a new preview that, however briefly, fulfills some of the strengths we discussed back in May, there may, by now, be few mainstream fall titles with as much promise as Foxcatcher. Bennett Miller, the Best Director winner at this year’s festival, is following-up Moneyball with another (albeit darker) fact-based sports tale, this one concerning the events which led John du Pont (Steve Carell) to murder U.S. Olympic wrestling coach Dave Schultz (Mark Ruffalo). A story of American exceptionalism and failure that, in our estimation, ranks with the best of Clint Eastwood‘s similarly airy efforts.

But this new trailer puts a larger focus on Dave’s brother, Mark, offering a glimpse at Channing Tatum‘s obsession-driven, highly physical performance. As we said in our review, the trio of turns Miller elicits from his cast “build on each other in ways that feel lived-in and authentic, bringing a clarity to these motivations without ever once making a case for why these characters need to make each action.” It’s an unsettling glimpse, filled with some genuinely shocking images — exactly the sort of galvanization a true story surrounded by such horrific circumstances would require.

Watch the trailer below (via Fandango): FOXCATCHER is a psychological drama directed by Academy Award nominee Bennett Miller (MONEYBALL) and starring Golden Globe winner Steve Carell, Channing Tatum, Academy Award nominee Mark Ruffalo, Academy Award winner Vanessa Redgrave and Sienna Miller. The film was written by E. Max Frye and Academy Award nominee Dan Futterman. FOXCATCHER tells the story of Olympic Gold Medal-winning wrestler Mark Schultz (Tatum), who sees a way out from the shadow of his more celebrated wrestling brother Dave (Ruffalo) and a life of poverty when he is summoned by eccentric multi-millionaire John du Pont (Carell) to move onto his estate and train for the 1988 Seoul Olympics. Desperate to gain the respect of his disapproving mother, du Pont begins “coaching” a world-class athletic team and, in the process, lures Mark into dangerous habits, breaks his confidence and drives him into a self-destructive spiral. Based on actual events, FOXCATCHER is a gripping and profoundly American story of fragile men who pinned their hopes for love and redemption on a desperate obsession for greatness that was to end in tragedy.

Are you encouraged by this lateset preview?