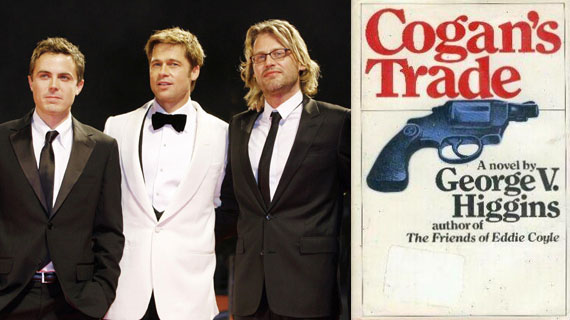 Andrew Dominik‘s next film, Cogan’s Trade, is building up a nice cast for itself. Not only are Brad Pitt and Casey Affleck re-teaming from Dominik‘s last, The Assassination of Jesse James, but James Gandolfini, Javier Bardem, Mark Ruffalo and Sam Rockwell are also on board in supporting roles. Now, we’ve found out about two new cast additions, and they only help to increase this movie’s potential.

Accordig to THR, the first of these is Ray Liotta, who’ll be playing what could be a big role. The film focuses on Pitt’s character, Jackie Cogan, who investigates a heist that took place during a poker game overseen by the mob. Liotta plays the hustler running the game out of a motel room, so he’s likely going to a) have decent screentime and b) play a significant part in the movie’s events.

His involvement is a great thing, at least in my eyes. I’ve loved his work, ranging from the serious (in Goodfellas) to the comedic (in Youth in Revolt) to the somewhere in-between (in Observe & Report). While this might be another “mob role” for the guy, it makes me glad he’s getting back into the game of high(er)-profile films. At least this probably won’t be another Revolver or In the Name of the King.

The second cast addition is someone who’s name likely doesn’t sound familiar, but who you’ve likely seen in the past five years if you have HBO. THR tells us that it’s Vincent Curatola, who played mob boss Johnny “Sack” Sacramoni on Gandolfini‘s old series, The Sopranos. His role, that being of “a middle-aged man recently released from jail who seeks revenge on those who sent him to prison,” doesn’t seem entirely specific. Still, it’s the connection to the mob that makes his role easy to figure out.

And, while you might not know his work, the work of his that I saw on The Sopranos was some terrific stuff. In relation to that, he has a great onscreen rapport with Gandolfini, so I’ll be excited to see them together again. And when you look at this entire cast, how could you not be excited to see them all play off of each other?

What do you think of these new cast additions? Do they make you more excited for Cogan’s Trade?