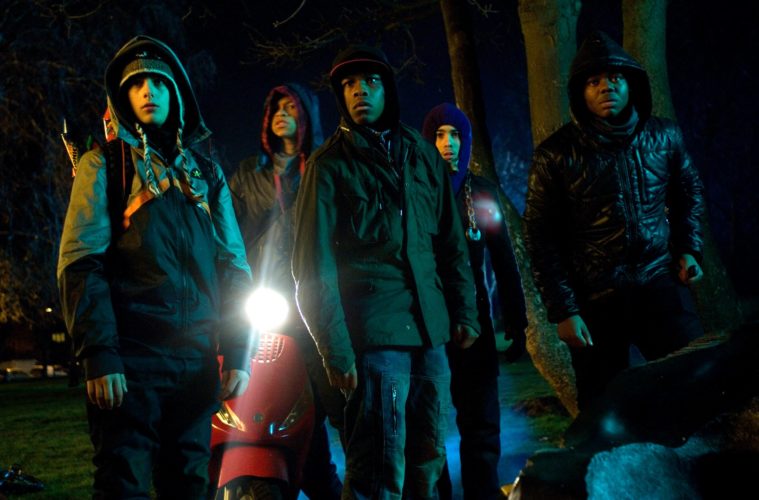 New ‘Attack the Block’ Poster Arrives With a Bite Attack the Block pretty much came out of nowhere, as I hadn’t even heard of the film until its premiere at this year’s SXSW. In the short period twixt now and then, though, I’ve come to anticipate it pretty heavily. An alien invasion film set in an urban area of England, it’s a movie that’s earned quite a bit of love, and Screen Gems will kindly bring it to America sometime this year.

In the meantime, we’ve just gotten a new poster and TV spot for the film. Coming from Empire, the poster shows the jaws and teeth of one of the invading creatures, but thankfully doesn’t give too much away. Take a look at it below: Then there’s the TV spot, which was found over at BleedingCool. While you’re more than welcome to give it a watch, I’m not going to press play on the video, as I would like to go into this movie knowing as little as possible. I haven’t watched any of the trailers or clips that have emerged online, and I plan to keep it that way. Watch the ad below:

Written and directed by Joe Cornish (who co-wrote Steven Spielberg‘s Tintin), Attack the Block stars Nick Frost, Jodie Whittaker, John Boyega, Simon Howard, Franz Drameh, Leeon Jones, and Alex Esmail, and is produced by Edgar Wright. It’s being released in England on May 11th, with a US release coming later this year.

What do you think of this poster and TV spot? Are you excited for Attack the Block?