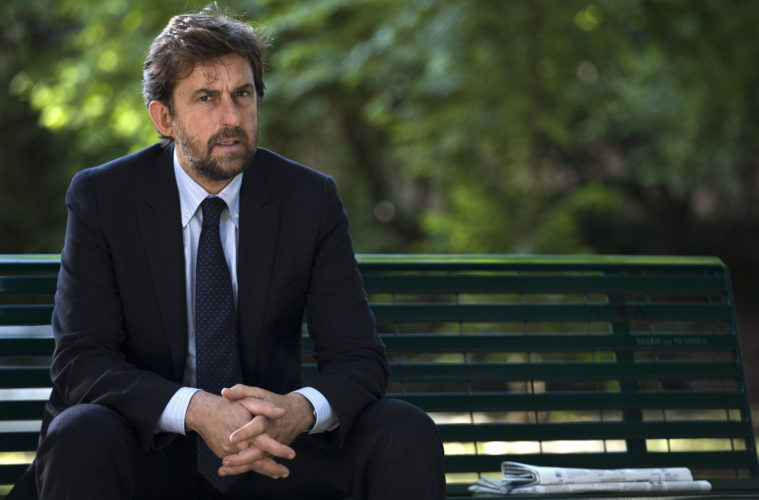 It’s almost impossible to believe, but we’re only four months away from another entry into the world’s most prestigious film festival. Titles, filmmakers, and things of that sort won’t be announced for a couple of more months, but the first big breakthrough for the 65th Cannes Film Festival has just come in.

So, without further ado: It’s been officially announced that Italian director and actor Nanni Moretti will be heading the jury in the south of France this coming May. He’s certainly a smaller name than other recent heads, like Tim Burton or Robert De Niro, but Cannes artistic director Thierry Frémaux said that they ” wanted to celebrate [our] 65th season with a European jury president,” and that Moretti‘s work brings “all the best in cinema over the past thirty years.”

The man himself called the decision a “real joy, an honor and a tremendous responsibility to preside over the jury of the most prestigious festival of cinematography in the world.” (Not that he was going to lambast the group for their mistreatment of Lars von Trier or anything.) He’s no stranger to the festival himself — Moretti‘s 2001 feature, The Son’ Room, took home the Palme d’Or at that year’s festivities, and his most recent work, We Have a Pope, played there last year. Now that this is done, let the titles roll in soon, and let this year’s festival — which runs from May 16th to the 27th — be a good one.

Is this a good choice, in your opinion?