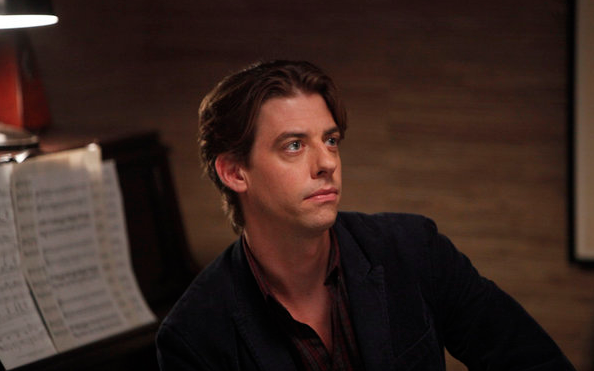 Rare is the occasion when it becomes appropriate to put Michael Mann and Zach Braff into the same sentence; even more unusual is the instance in which this pairing is not some measure of quality. Thanks to the magic of a casting story, though, we can make this arrangement fit together.

First and foremost, Deadline have been told that Mann‘s upcoming, untitled cyber thriller has found yet another member in Smash star Christian Borle. (This is not a typo referring to his Public Enemies star, Christian Bale, as a mention of the recently cancelled NBC musical ought to have already indicated.) A specific character description has not been provided — Legendary Pictures are, for now, keeping the hard details under wraps — but with a script (co-penned by Morgan Davis Foehl) centering on “a Balkan hacker operating out of a south Asian country, with an American and Chinese task force in pursuit,” one or two reasonable guesses could be made. With shooting expected to kick off in one or two weeks, Mann has a cast led by Chris Hemsworth, Viola Davis, Holt McCallany, Wei Tang (playing the director’s famed muse / eventual-cause-of-protagonist’s-downfall), and Leehom Wang.

The other item concerns Braff‘s controversial Kickstarter-backed film, Wish I Was Here, with TheWrap reporting that Kate Hudson has come aboard to star alongside the helmer, Josh Gad, Mandy Patinkin, Jim Parsons, and Donald Faison. In the eminently relatable story of just trying to figure things out, man, Braff will be seen as “Aidan Bloom, a struggling actor, father and husband who is still trying to find his identity and purpose at age 35”; Hudson is to take the role of his wife and mother to their two children.

What do you make of Mann and Braff expanding their lineups like so?