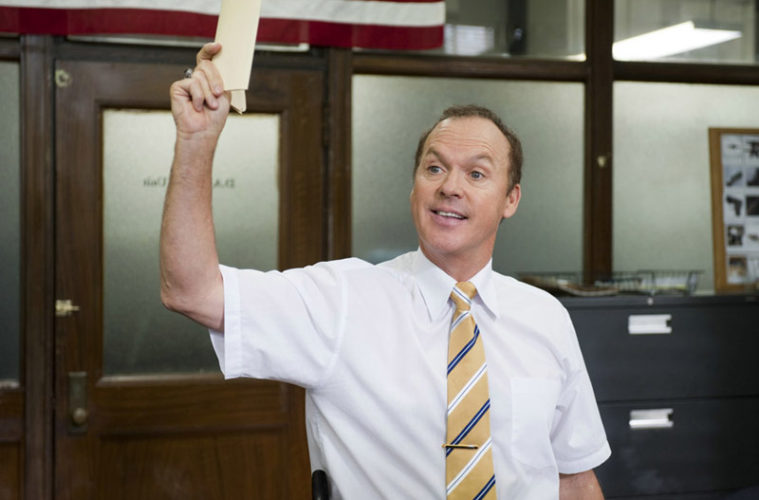 Michael Keaton to Join Larry David and Jon Hamm In Greg Mottola Comedy; Emma Roberts One of the ‘Millers’ First there was Larry David & Greg Mottola, then Jon Hamm signed, and, now, we have Michael Keaton. Variety reports that the oft-missed actor will make another reemergence for this incredible collaboration, an improvised comedy not unlike the main star’s own Curb Your Enthusiasm. Great as this casting may be, I think the best bit of news to come with Variety’s story is our first plot outline.

David, Jeff Schaffer, Alec Berg, and David Mandel have all worked on the treatment, which, we’re now told, will see the Seinfeld co-creator and Hamm play two friends who each “invest in an electric-car company with different goals in mind.” Said company ends up making a profit, and their respective plans create a divide. Keaton fits in by playing Stumpo, friend of David‘s and “crazy businessman.”

Good, encouraging news, but with the basic rundown out there, this is a project I need to know zero — let me repeat that: zero — else about. I will see this the second I get the chance and, no matter how much Keaton will potentially add, nothing is going to change my nearly dangerous expectations. Only “nearly” because, after years and years and years of brilliant comedy, I don’t think David is going to let us down.

Some other comedic casting is coming from Deadline, who say Emma Roberts looks to be taking a major role in Rawson Marshall Thurber‘s We’re the Millers. Their story purports the young actress is negotiating for the part of Julia, “a 20-year-old runaway with a dark side” who decides to pose as the daughter of a man (Jason Sudeikis) trying to smuggle marijuana into the United States.

His character, of the less-than-decent sort, creates a fake family in order to travel to and from Mexico without arousing suspicion; Jennifer Aniston will play a prostitute hired to act as his wife, while Will Poulter (The Chronicles of Narnia) is the “son” of this group. Nick Offerman, Kathryn Hahn, and Ed Helms are also on board We’re the Millers, which Bob Fisher and Steve Faber (Wedding Crashers) have scripted. The film is expected to roll with production in the immediate future.

How might Keaton function in a cast that also includes David and Hamm? Does Roberts have the comedic skill to stand out in Millers?