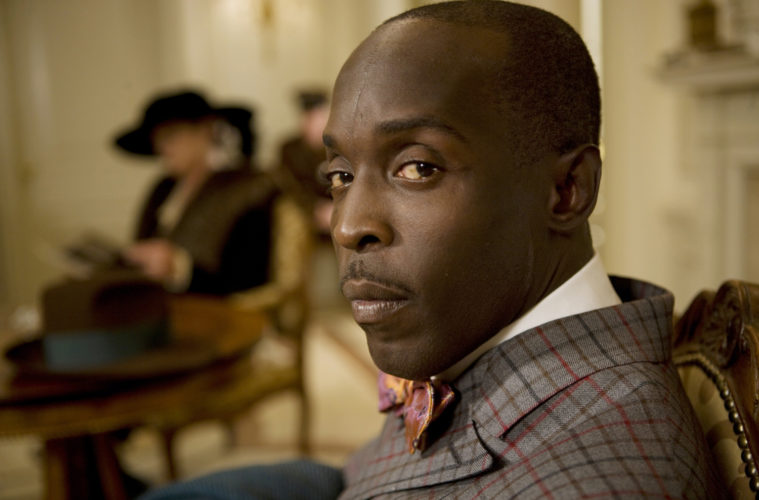 Michael K. Williams Next for ‘Twelve Years a Slave’; Kristen Schall In ‘Cloudy 2: Revenge of the Leftovers’ While Michael K. Williams is, on the whole, a pretty tremendous actor, none of his post-Wire gigs have provided a real chance to break whatever… “mold” was instilled from about six years of playing Omar Little. If he does, in fact, need some kind of dividing point from ensuing, similar roles as a gangster (Boardwalk Empire) or, simply, an intimidating authority figure (Community) — even though I think he’s probably doing just fine — a period piece about the horrors of slavery ought to do the trick.

Deadline has named Williams as next in line for Twelve Years a Slave, the wildly-anticipated third film from Steve McQueen; this role — probably of a smaller sort, given the relative timing — will have him play a “mutinous slave” named Robert. There’s nothing concrete past that simple name and brief moniker, but any sane person doesn’t need more to know this is some fantastic news. I mean, could this cast be much more dynamic? Chiwetel Ejiofor, Michael Fassbender, Benedict Cumberbatch, Paul Giamatti, Paul Dano, Alfre Woodard, Garret Dillahunt, Lupita Nyong’o, Adepero Oduye, Scott McNairy, Sarah Paulson, and a little cameo from Brad Pitt make this one of next year’s most promising entries.

Slave will open in 2013, and Deadline claims it’s already started filming — if so, God speed to McQueen.

I’ve yet to see his film or, of course, the one soon up for discussion, but it almost goes without saying we’re now moving into very different territory. According to THR, Kristen Schaal (The Daily Show, The Muppets) will be lending her voice to Cloudy 2: Revenge of the Leftovers, a sequel to (what else?) 2009’s Cloudy with a Chance of Meatballs.

In following Phil Lord and Chris Miller‘s lede, Kris Pearn and Cody Cameron — working from a script by John Francis Daley and Jonathan Goldstein (Horrible Bosses) — will direct an animated extravaganza in which reporter “Flint Lockwood (Bill Hader) and his friends (Anna Faris and Andy Samberg among them) [are] forced to leave their town of Swallow Falls,” but must return when “sentient food beasts have overrun the island.” Schaal factors into all this by playing someone “described as an orangutan.” So, not necessarily an orangutan, but something similar enough that could be described as an orangutan.

Despite what was alleged in a prior report, we can expect to see Cloudy 2 on February 7th, 2014.

Is Williams a smart fit into Slave‘s big cast? Have you been looking forward to Cloudy 2?