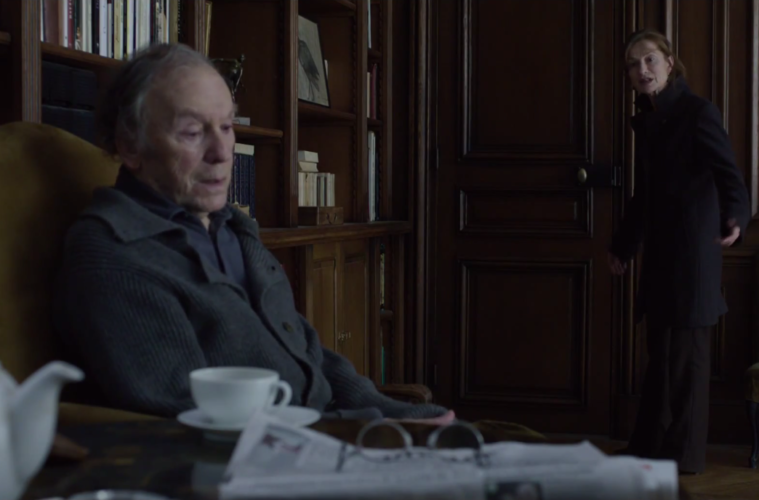 You’ve heard it ad nauseum by this point, but it’s still worth repeating: We’re in for a good Cannes Film Festival. So good, in fact, that ten different people could make ten different “most anticipated” picks, and I’d be pretty hard-pressed to dispute the logic behind any one choice. (Unless it’s, you know, Madagascar 3.) With the south of France about to get hit with great film after great film, Michael Haneke‘s Amour — one that’s pretty high up on my own list — has received a first trailer.

While this is, unfortunately, a trailer lacking in subtitles, the Austrian master’s formal skill makes it… not quite pleasurable watch, but a watch that’s well worth your time. (If you didn’t know, the film revolves around an elderly couple [Jean-Louis Trintignant and Emmanuelle Riva] who face their greatest challenge when the wife suffers a stroke. You can basically engage with the preview, knowing this.) His Piano Teacher star, Isabelle Huppert, is playing their daughter; William Shimell (Certified Copy) also makes a turn. What else do you need to know? Seeing as Haneke won the Palme d’Or on his last Cannes outing, the expectations for this one are understandably high.

Update: A nearly identical US version has arrived, with some new critics quotes. Watch it below:

What are your thoughts on this first preview? Does it live up to any expectations?