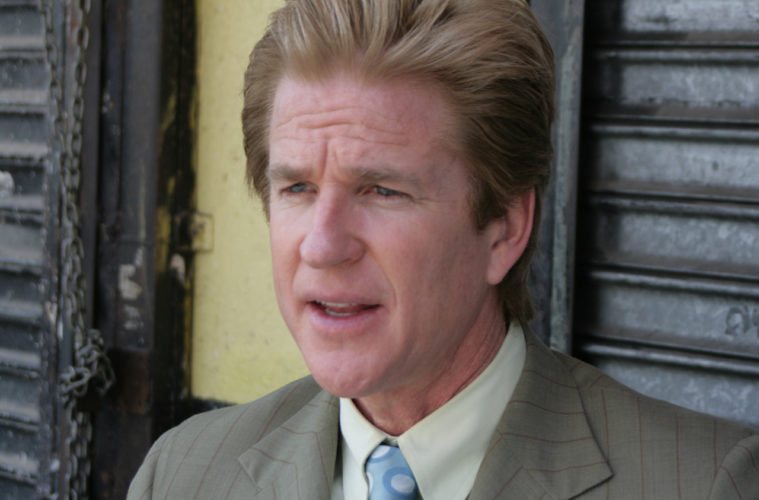 Are you like most people and still mulling over that picture of Tom Hardy as Bane in The Dark Knight Rises? It’s fine if you are; after all, it’s the first official thing we’ve seen from what may be the biggest movie of 2012, and is just a cool picture by itself. While I personally find myself more interested in the ominous chanting sound going on over at the movie’s official site, I think we’re all just excited to see how this trilogy will close out. To add to today’s discussion and speculation over the film, Variety now reports that three actors have been added to the already massive cast.

Those three lucky individuals are Matthew Modine, Tom Conti and Joey King. The first name is one you (should) know as the lead of Stanley Kubrick‘s Full Metal Jacket, where he played, of all characters, Joker. His career has been kind of small since, but he’s a name that a lot of people just kind of know. He’s listed as playing a character named “Nixon,” but that’s all we know. However, I will say that if he’s playing Richard Nixon, and if Batman beats him up in this movie…well, it might instantly become my favorite film of all time.

Tom Conti is also someone who might ring a bell, as he was nominated for an Oscar for his performance in Reuben, Reuben, and also has the occasional small appearance here or there. Personally, I know him best from the criminally underseen Merry Christmas Mr. Lawrence (which you can watch right here), and I can attest to the fact that he is fantastic in that film. He’s someone who I’m really excited to see enter this trilogy.

Joey King is certainly the most unknown actor out of all these new additions, with her biggest starring role having been last year’s Ramona and Beezus, in which she played the former of those titular characters. Other than an appearance in Battle: Los Angeles (wouldn’t it be funny if she had a scene with Harvey Dent himself?), the young actress hasn’t been in anything that prolific; this will certainly be her biggest project so far, no matter the size of the part.

And who are they playing? I have no clue, and I’d like to keep it that way. Pretty much all of the descriptions we’ve gotten for the smaller characters have been broad and vague, but that’s good, because it a) retains an element of surprise for the actual movie while b) not serving as a big distraction. One of my favorite things about Christopher Nolan‘s Batman movies is how they’ve made all of the characters play some sort of part in the overall story, and I expect the same thing to happen here. Keeping a lid on things is something that I support almost every time with a movie, and this is no exception. What do you think of these cast additions? Do you want to know what part they’ll play in the story before you see the actual film, or do you want to remain surprised?