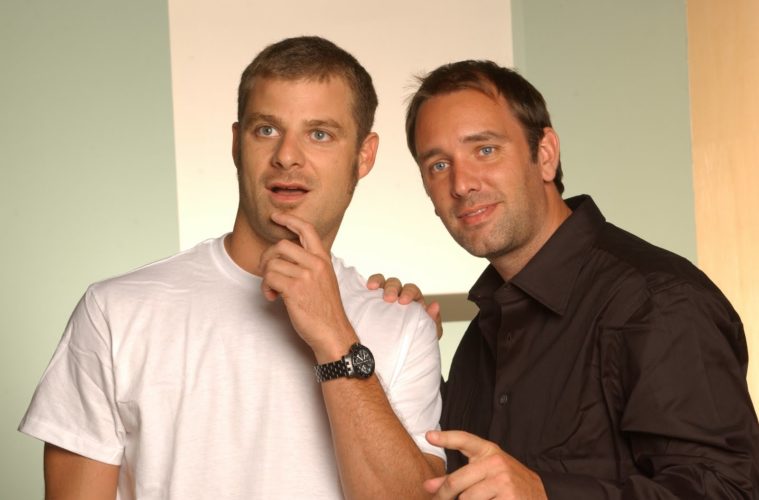 It seemed like Matt Stone and Trey Parker were starting to lose their way with recent seasons of South Park, where the typically hilarious comedy and biting satire were jettisoned in favor of easy laughs cheap targets. But that may not matter, as they’ve managed to have a huge rebound with their Broadway musical, The Book of Mormon. Garnering Tony wins and massive attention for its songwriting and production, the duo have been doing better for themselves over the past few months than they have the previous few years combined. I’ve been dying to see this show since it first premiered — although ticket demands aren’t making that desire easy to fulfill — and it’s hard to imagine that many others don’t feel the same way.

So it’s no wonder that they hope to take the story from one form of theater to another, and they’ve told EW (via Hollywood.com) that Mormon will indeed get the feature film treatment. As Parker put it, “Hopefully it will have a big run and a big tour and then we can do the movie in several years.” There don’t seem to be any worries on their part about it making a transition, since they’ve not only directed films before, but two of them — South Park: Bigger, Longer & Uncut and Team America: World Police — were produced by Scott Rudin, who’s also involved with the musical. Stone feels that, because of this, “it can stay in the same family.”

Turning it into a movie would obviously have its financial benefits, but it could also allow for them to expand on and play around with their own work. Having seen all of their movies, I feel safe in saying that they have true skills as filmmakers — even something silly like Orgazmo is surprisingly well-made, so they should absolutely helm this. It may not be coming for another few years, but something tells me that the play will still have a lot of good buzz surrounding it by the time it goes in front of cameras.

Have you seen The Book of Mormon, and do you feel that it should get the film treatment? Are you a fan of Stone and Parker?