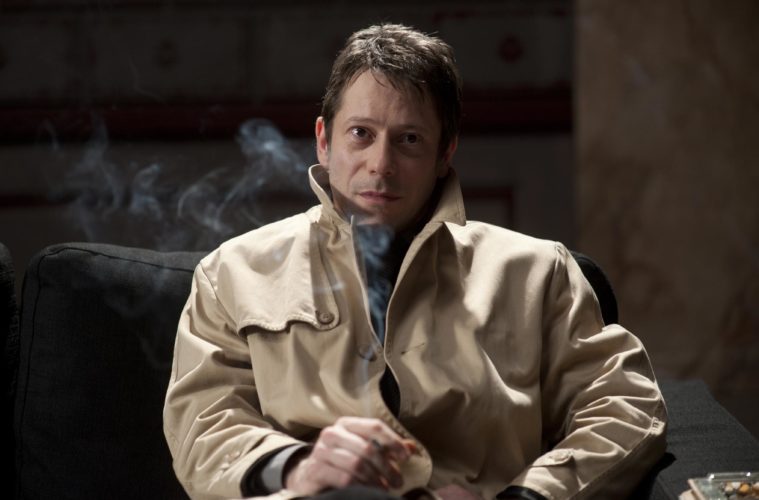 With a 2013 release in the cards and a low-key production on the agenda, Venus in Fur replacing its lead actor now isn’t much to fret over. This being a new Roman Polanski film, however, it’s also plenty newsworthy; even if it wasn’t a master’s next picture, the caliber of acting talent make it an altogether different story.

While, in September, our first (and only) report on the film had pegged Venus‘ stars to be Emmanuelle Seigner and Louis Garrell, a production delay has forced the latter to drop out — and into his place comes Mathieu Amalric. Allocine (via ThePlaylist) tell us the French thespian — sadly, best-known to many for that middling James Bond movie, but not without much better films and far greater directors to his name — will co-lead the adaptation of David Ives‘ play, wherein an actress enters a casting audition (for a part that doesn’t fit her) with full intention of winning a director’s heart. To get the job done, she takes a few extra steps which, hint hint, fit into some of Polanski‘s overreaching interests as an artist. As with the director’s last outing, it’s to take place in one room in a real-time scenario.

Nothing against Garrell, who comes across as a well-liked fellow in the first place, but I’ll be damned if Amalric, a talent like few out there, doesn’t end up breeding some of the month’s best news. (That I’m always fond of pointing out how much he and Polanski look alike is beside the point. Mostly.) With shooting currently in progress, expect Venus in Fur — what sounds like a no-frills production in general — to hit the fall festivals in about eight months’ time.

How do you feel about Amalric switching in for Garrell? Does it impact your hopes for Polanski’s film?