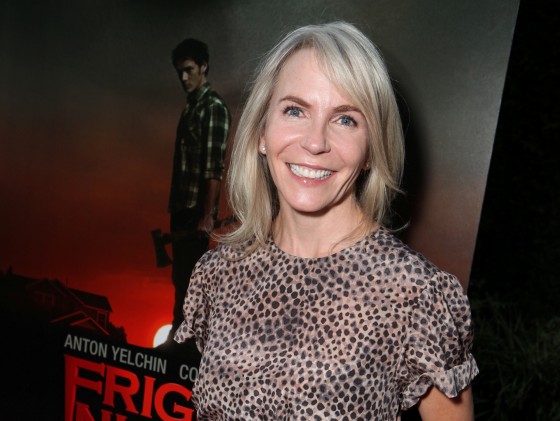 It’s not typically in my nature to rejoice at the failure of something, but the news that Universal was pulling the plug on the Michael Bay-produced, McG-directed Ouija “adaptation” was a nice turn of events. But, because this is Hollywood — and because you let Jack and Jill make more than $8 — it’s not dead yet. We’re now hearing from THR that Fright Night and I Am Number Four scribe Marti Noxon is getting involved, presumably to work with the script that Simon Kinberg had fashioned months ago.

Hasbro has been developing the project themselves, which seems standard by now — they’re taking the same path with Gore Verbinksi‘s Clue and Ridley Scott‘s Monopoly. Yet, although this approach will ostensibly allow for more creative control, the odds that these things won’t turn out to be junk aren’t worth putting money on. It’s not that Noxon is a terrible screenwriter — she’s responsible for one of Mad Men‘s finest episodes — it’s that her feature work gives me pause. Putting her in charge of something (that sounds) silly like “a family adventure in the tone of The Mummy centering on a family who has to deal with otherwordly chaos that is unleashed” shouldn’t have many marking their calendars, either.

With that in mind, a new Scarface doesn’t sound like such a bad idea. First heard about in September, it’s the newest take on the classic gangster story wherein “an immigrant barges his way into the criminal establishment in pursuit of a twisted version of the American dream, becoming a kingpin through a campaign of ruthlessness and violent ambition.” Howard Hawks first brought it to life in 1932, and Brian De Palma immortalized it with Al Pacino in 1983. (Everyone will understandably associate this new version with the latter.)

According to Deadline, David Ayer — Training Day writer and director of the forthcoming End of Watch — has been tapped by Universal to give the screenplay a go, and he seems over-the-hill enthused about the opportunity. Seemingly citing both takes as favorites, he said that “a character whose moral compass points in a different direction […] puts it right in my wheelhouse.” He also feels as though there are “enough opportunities in the real world today that provide an opportunity to do this right.”

I (obviously) hope Ayer isn’t proven wrong, and I think he might actually be a decent choice to update this story. Training Day is, after all, one of the best “gritty cop” stories from a decade overrun with “gritty cop” stories, and a big part of Scarface involves working ones way up the criminal ranks; hence, a flair for depicting the streets could go a long way. His follow-ups, Harsh Times and Street Kings, weren’t quite up to snuff, but the Jake Gyllenhaal-led End of Watch — which he labels “a cross between Cops and Mean Streets” — has me hopeful for a return to form.

Does Noxon give you any hope for Ouija? Is such a thing even possible? Will David Ayer do Scarface justice?