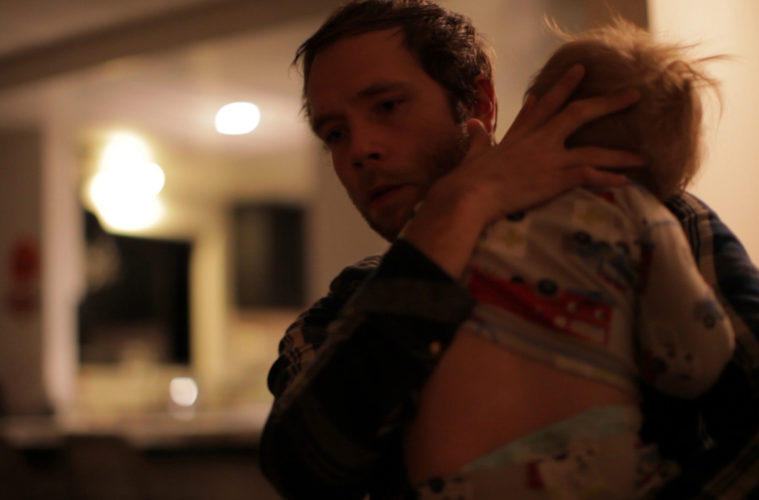 We all like Mark Webber — actor, writer, director, Sex Bob-Omb frontman — but we didn’t particularly like his new film, The End of Love, when it played at Sundance a couple of months ago. Not that our consensus was “this is the worst thing to ever see the light of day in Utah,” or anything — we were simply lukewarm on what, as our review contends, is a slightly self-indulgent bore. Though I wish this wasn’t the case, it’d be remiss of me not to bring this up when telling you that, according to Variety, Wrekin Hill have acquired and will distribute the indie dramedy, in theaters and on VOD toward the end of this summer.

Starring Webber, his two-year-old son, Isaac, Jason Ritter, Shannyn Sossamon, and a bevy of celebrity friends (Michael Cera, Alison Pill, Aubrey Plaza, and Amanda Seyfried among them), the semi-autobigraphical film centers on a “young father [who] unravels following the loss of the mother of his child.” I can see where this becomes personal to the point of obscure, but there’s zero doubt in my mind that The End of Love will, at the very least, get a Netflix rental from yours truly. Better than nothing!

Another Sundance holdover that we gave a B- has finally landed a studio, as Jeff Sneider tweets that Sony Pictures Worldwide Acquisitions will take up Jonathan Kasdan‘s The First Time. In typical Sundance fashion, the story centers on two precocious teens who meet, fall in love, and presumably break up, all to the tune of “unnecessary pop songs, abrasively close close-ups and a lagging pace.” Dylan O’Brien (Teen Wolf), Britt Robertson (The Secret Circle), Victoria Justice (Fun Size), Craig Roberts (Submarine), and James Frenchville (Animal Kingdom) star in the film, which should be hitting limited theaters in the near future.

Will you seek out either film, despite our own lukewarm response?