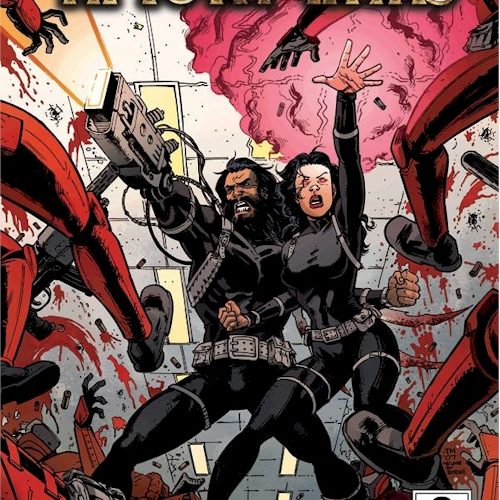 Fan or near-neophyte, everyone’s familiar with that one Coheed and Cambria song — no, it doesn’t matter if you’ve only heard it through Rock Band or the trailer for 9 — but this is a group with much deeper work that tells a continuing story even reaching into the realm of comic books. The ambition behind it is completely insane and something I would probably never be able to keep up with, barring some intense love of the group — but Mark Wahlberg is keeping his ears open.

Variety reports that he and his producing partner, Stephen Levinson, have purchased screen rights to The Amory Wars, a graphic novel series written by Coheed’s frontman, Claudio Sanchez. (Their discography also has the story embedded within, as stated above, but it’s best they keep things simple here, source-wise.) The story, to keep it brief, centers on a superpowered husband-and-wife pair, Coheed and Cambria, who make attempts to take down an evil, also superpowered dictator named Wilhelm Ryan.

That’s not even the tip of the iceberg, though; there’s a deep, weird mythology that spans multiple comic volumes and even a full-length novel. So much so, in fact, that I’d think Wahlberg and Levinson would take the material and fashion an entire franchise out of it — not just for the sake of finance, but also because a good story might not emerge from one mere installment.

I’d still be glad if that first outing works, though.

Have you read the original series? Does it have the right stuff to be a film?