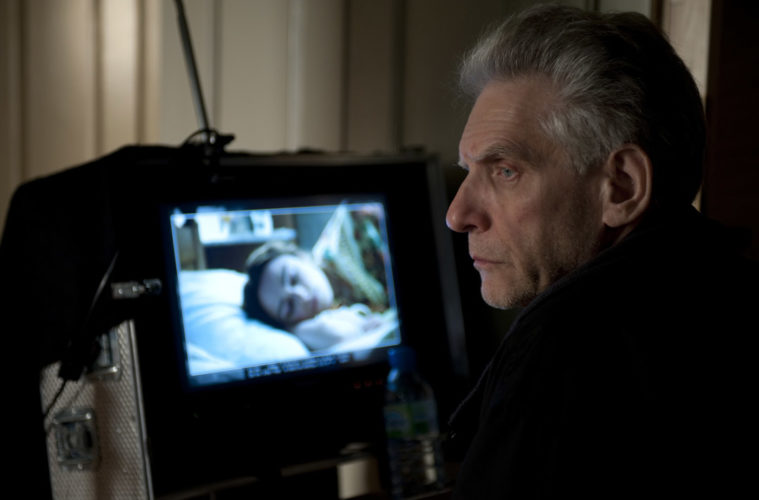 ‘Maps to the Stars’ Possibly Next for David Cronenberg; Robert Pattinson and Viggo Mortensen In Line to Star Exciting as it may be, news of a reunion between David Cronenberg and Robert Pattinson came about a day before Cosmopolis hit Cannes; it’s understandable that the thing got a little buried, is what I’m saying. But that couldn’t keep it down, and a recent interview with ThePlaylist has confirmed that the two are looking to work once more, while the director’s recent muse, Viggo Mortensen, will likely join this next effort.

The film being discussed is Maps to the Stars, a Bruce Wagner-scripted drama that Cronenberg, though enthusiastic about, cautions is “a very difficult film to get made,” in part because the story is “very acerbic and satirical.” And he should know; the thing was first announced more than six years ago, a time when it was described as the story of “Hollywood excess and intrigue” set around characters that are “agents, actors and managers.” Despite the fact that it’s, in his own words, “not a satire like The Player,” the reportedly dark nature of the screenplay brings the early promise of something that would, unsurprisingly, be confrontational and shocking. (ThePlaylist claims it follows “two child actors ruined by Hollywood’s depravity.”)

I can’t say how transgressive that is for Cronenberg, except in one department: He’ll step outside the Canadian soundstage for this film — one he feels is “something I could not create on a set in Toronto” — which would make Maps the first time he’s filmed in the United States. If it gets made, that is.

It’s all so very preliminary at the moment — we could only take a stab as two who Pattinson or Mortensen would play — but it doesn’t matter too much; I can’t think of any film lover who wouldn’t hold some simple interest in Cronenberg‘s spin on Hollywood culture. So, if someone with enough interest is paying attention and likes what they hear, years of stagnation on Maps to the Stars might be coming to an end.

Do you remember hearing about this project, and are you happy it’s back? Is this a good option for Cronenberg?