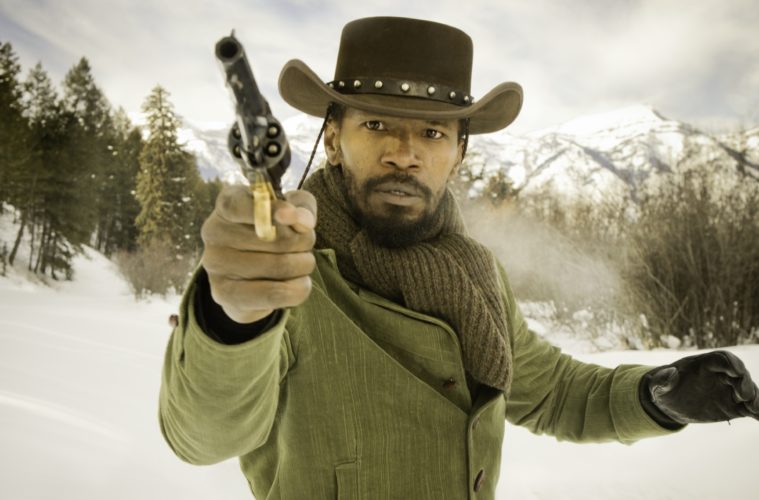 In the past two months, I think I’ve seen a trailer (any trailer) for Django Unchained more often than glimpses of my own face in a mirror. (Which is only a good thing, and in so many respects.) The numbers keep piling up, since yet another glimpse at Quentin Tarantino‘s next photoplay made its way online, this one a collection of mostly new footage peppered in with those bits many already love. God, DiCaprio just looks better and better each time something else comes in.

But you don’t need my words, so go ahead and watch the preview below (via Yahoo!):

A second new item has come in, and I’d wager it’s even more worthwhile than what’s right above. As it were, ThePlaylist nabbed a listing for Django‘s soundtrack, going to prove that Tarantino has a fascinating mixture of classical scores and new tunes up his sleeve here. Along with the requisite tracks by Ennio Morricone — he’s even composed a new one for the film, titled “Ancora Qui” — and other spaghetti western composers (the original Django theme included), we have original songs by Rick Ross and John Legend. A barn burner!

Read about the selections below: With this extra trailer and list of songs, are expectations for the film increasing more and more?