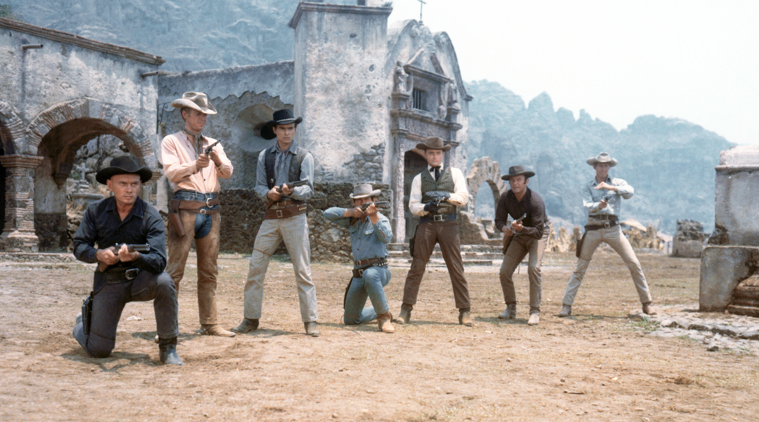 MGM are really doing this Tom Cruise-led Magnificent Seven remake. Word on it’s been quiet, save for some (probably) false rumors regarding casting, yet Variety tell us an unusual screenwriter has been found: Nic Pizzolatto, an author and TV writer who recently set up True Detectives, an HBO series that Cary Fukunaga will direct for Matthew McConaughey and Woody Harrelson.

In other words, a creative voice we don’t know too much about. But I doubt their Magnificent Seven will veer too far from the original, in which seven people are hired to defend a small town from some evil criminals, come to love the townspeople, and have an epic face-off. It was done before (ahem), has been done endless times since, and will continue to be reinterpreted as long as films are made. This is just the next line.

Following that, Variety also reports on The Lizard King. Not a Jim Morrison biopic, unfortunately, but a real-life crime tale that follows Chip Bepler, an agent of Fish and Wildlife tasked with capturing the father-and-son reptile smuggling team of Mike and Roy Van Nostrand. Bill Wheeler (The Reluctant Fundamentalist, The Hoax) is writing for David Frankel (Hope Springs, Marley & Me), who’s been tapped to direct by Fox 2000.

Now, an update on a project I’ve been hoping to hear more from. Variety, yet again, have learned that Scott Frank (Minority Report, The Lookout) already composed a rewrite on The Mountain Between Us, 20th Century Fox’s adaptation of Charles Martin‘s romantic novel. Gerardo Naranjo (Miss Bala) is expected to make this his English-language debut; J. Mills Goodloe wrote the first draft.

Last we heard — this was in mid-March, hence my strong desire to hear more — Michael Fassbender was being pursued to lead, and Variety says those talks are still ongoing. (He’s been busy.) The original novel centers on “two strangers who survive a plane crash in the Colorado woods and are forced to rely on one another for survival, eventually falling in love.” Him turning down the project would be a shame but, even if that happens, The Mountain Between Us still sounds insanely compelling. Having a good writer such as Frank put his name on things certainly doesn’t hurt.

What are your expectations for these projects, now that writers have been found?