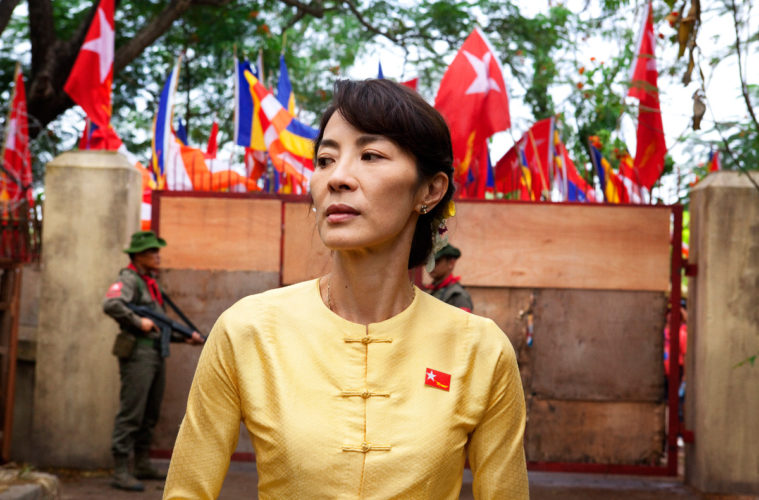 Luc Besson‘s decision to stretch out a little and direct a historical biopic with The Lady may have been a faulty one. The few reviews that have come out of TIFF were pretty harsh, with very few aspects receiving any positive notices; it really seems like a stinker.

At least a new trailer from Yahoo! doesn’t give the impression of something terrible — only manipulative and by-the-numbers, much like the teaser that we saw in August. I honestly respect Besson and Michelle Yeoh‘s desire to depict the struggle and victory of a noble woman like Aung San Suu Kyi, but a stale drama is a stale drama, no matter the reasons behind its creation. On the bright side: It’s always nice to see David Thewlis, and the cinematography has a nice tone and design to it, capturing the exotic setting with great clarity. Sadly, that probably isn’t enough to save a movie that looks this bland. Synopsis: The story of Aung San Suu Kyi, the woman who is at the core of Burma’s democracy movement, and her husband, Michael Aris. Despite distance, long separations, and a dangerously hostile regime, their love endures until the very end.

The Lady opens in limited release this fall.

Does the trailer make this look like a strong drama, or would it appear that Besson has struck out?