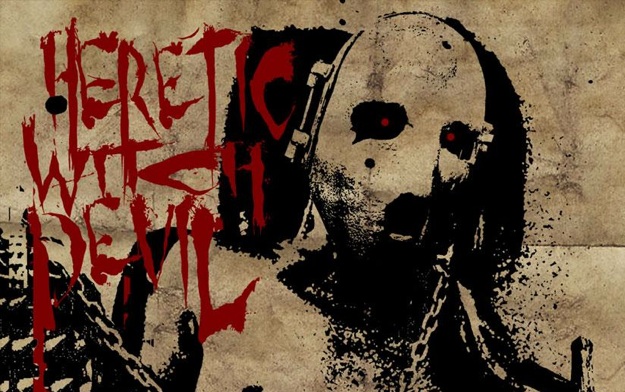 One of the more natural pairings of material and studio has occurred right at the end of this year’s TIFF, with Deadline having learned that Rob Zombie‘s new outing, The Lords of Salem, is going to Anchor Bay in a deal which lands at around $1.5 million.

For the many who anticipate another Zombie scare-and-gore experience, this is some of the better news which could emerge from the entire festival. It’s coming out, for one thing, but it’s being put out by a company who should understand what’s on their hands, and the release ought to have a bit of mainstream breakthrough. If you’re like myself and don’t necessarily want to see a film in which Sheri Moon Zombie has flashbacks to Salem’s witch trials thanks to some heavy metal record — needless to say, this might be a rental. At least, when our own review was so positive in the first place.

Next up, director Peter Webber (Girl with a Pearl Earring) has sold the historical drama, Emperor, to Lionsgate and Roadside Pictures; the latter are doing theatrical distribution, and the former will work on home video markets. This film sees Matthew Fox play Bonner Fellers, a U.S. General who was asked to decide whether or not Japan’s then-Emperor, Hirohito, would be tried for war crimes in the wake of World War II, depicting how an affair with a Japanese woman (Eriko Hatsune) shaped the choice. And then there’s Tommy Lee Jones doing his thing as General Douglas MacArthur. [THR]

There were also two smaller deals — one concerning The Brass Teapot, the other centering on Still. When it comes to the first, THR inform us Magnolia Pictures will take Ramaa Mosley‘s mystical comedy, starring Michael Angarano and Juno Temple as a pair of financially unstable newlyweds who find “an antique teapot that magicallydispenses cash whenever either of them feels pain.” The Box, except with something you can serve a hot drink out of.

Still, on the other hand, is a Michael McGowan-helmed picture which Samuel Goldwyn Films will be releasing for general audiences. A press release describes the film in this particular manner:

“STILL tells the heartfelt tale of Craig Morrison (James Cromwell), who comes up against the system when he sets out to build a more suitable house for his ailing wife Irene (Geneviève Bujold). Although Morrison uses the same methods his father, an accomplished shipbuilder, taught him, times have changed. He quickly gets blindsided by local building codes and bureaucratic officials. As Irene becomes increasingly ill – and amidst a series of stop-work orders – Craig races to finish the house. Hauled into court and facing jail, Craig takes a final stance against all odds in a truly inspirational story.”

As a big fan of Cromwell — and with a few claiming this is actually his first lead performance, something I don’t find impossible to believe — it’s sort of apparent that Still will have me taking a look right from the start. Campbell Scott, Rick Roberts, and Julie Stewart also star.

Any hopes for the films at hand? Which are you most anticipating, in that case?