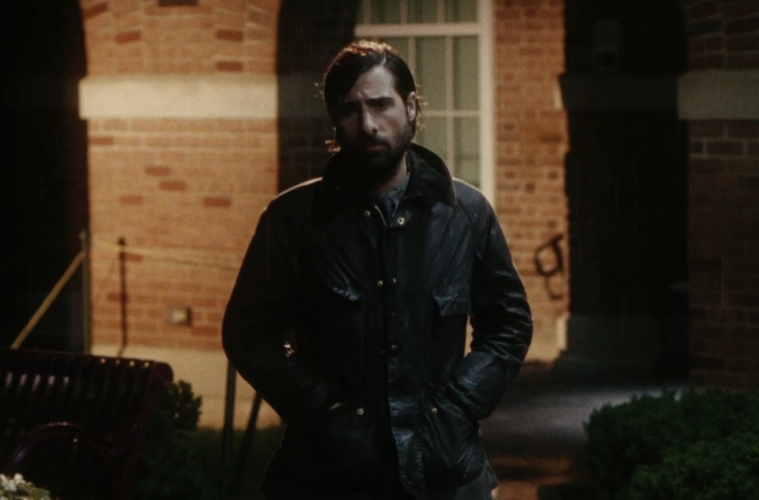 As Listen Up Philip was one of our favorite films from this year’s Sundance, it only follows that the pending release is something to greatly anticipate. Helping matters, speaking for yours truly, is an appreciation of Impolex and The Color Wheel, writer-director Alex Ross Perry‘s prior features — and films that, in my estimation, represent a fairly big point in the current independent American film. Distinct in both form and voice, they put to shame most of what passes for festival fare nowadays.

Now comes the biggest picture yet, both in terms of cast — Jason Schwartzman, Elisabeth Moss, Jonathan Pryce, Krysten Ritter, and voiceover from Eric Bogosian — and scope. Though I’m avoiding its first trailer and clips, I’ll defer to our review: “With a touch of Woody Allen (the idiosyncratic narration, the alluring, intimidating portrait of New York City, and a jazzy score from Keegan DeWitt), John Cassavetes (the off-the-cuff, seemingly untamed Super 16 mm cinematography from Sean Price Williams, shot almost solely in tight, intimate close-ups), and Noah Baumbach (the involving look at a self-involved protagonist), Alex Ross Perry certainly offers a nod to a handful of directors, but has crafted something wholly his own with Listen Up Philip.”

Watch the trailer and two clips below (via Apple): A complex, intimate, and highly idiosyncratic comedy, Listen Up Philip is a literary look at the triumph of reality over the human spirit. Anger rages in Philip (Jason Schwartzman) as he awaits the publication of his sure-to-succeed second novel. He feels pushed out of his adopted home city by the constant crowds and noise, a deteriorating relationship with his photographer girlfriend Ashley (Elisabeth Moss), and his indifference to promoting his own work. When Philip’s idol Ike Zimmerman (Jonathan Pryce) offers his isolated summer home as a refuge, he finally gets the peace and quiet to focus on his favorite subject — himself.

What do you make of Perry’s latest feature, based on this preview?