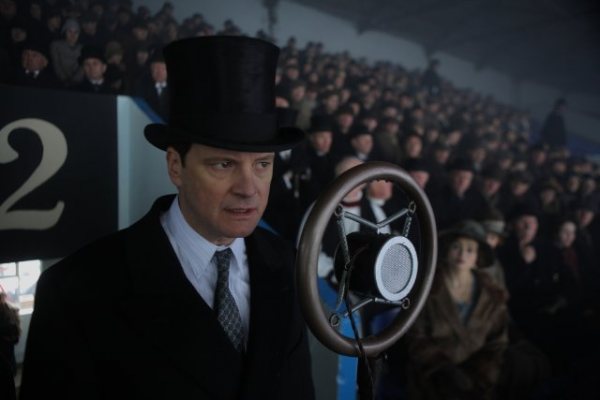 Listen to the King’s Speech While I may have not yet seen the film (I live in the middle of nowhere), Tom Hooper‘s The King’s Speech has certainly caught my attention from all the rave reviews it’s received and top ten lists it’s been making. The matter of when I actually get to see it depends on the timing of its wide release, which I’ve heard is Christmas, but for now there’s something that should keep me patient.

Found at CinemaBlend, the actual speech given by King George VI (played in the movie by Colin Firth) and which also serves as the climax for the film is now on available on YouTube. In real life the king suffered a speech impediment and was given a coach (played in the movie by Geoffrey Rush) to help him overcome this disability, and the struggle he went through serves as the subject of the movie. The titular speech was intended to encourage nationalism among the English people right before the start of World War II (the date that it was given is September 3rd, 1939).

As, like I said, I haven’t seen the movie yet, I can’t say whether or not this sounds similar to Firth’s performance, but all the Oscar buzz he’s been receiving has me thinking he captured the man’s speaking patterns well. If you’ve been lucky enough to see it, then you can judge for yourself by listening below.

The King’s Speech will open wide (600+ theaters) on Christmas Day.

Have you seen The King’s Speech? What did you think of it?