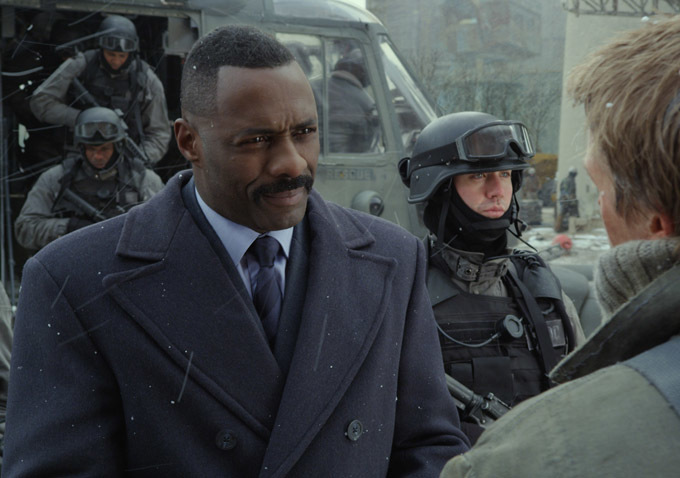 Currently tracking below its opening weekend competitor Grown Ups 2, Warner Bros. is going to be pulling out all the stops for their robot vs. aliens smash-em-up Pacific Rim as its debut draws near. As evidence, they’ve debuted a new, supposedly final, trailer for Guillermo del Toro‘s blockbuster, centered around Idris Elba‘s battle speech.

More notable, however, is they’ve also made available the entire score/soundtrack to stream. Debuting over on Spotify and embedded below, it comes from Ramin Djawadi (Game of Thrones, Iron Man) and features a few tracks with Rage Against the Machine‘s Tom Morello. That’s not all, as an IMAX poster has also been released, so watch/listen/view everything below as we await the release.