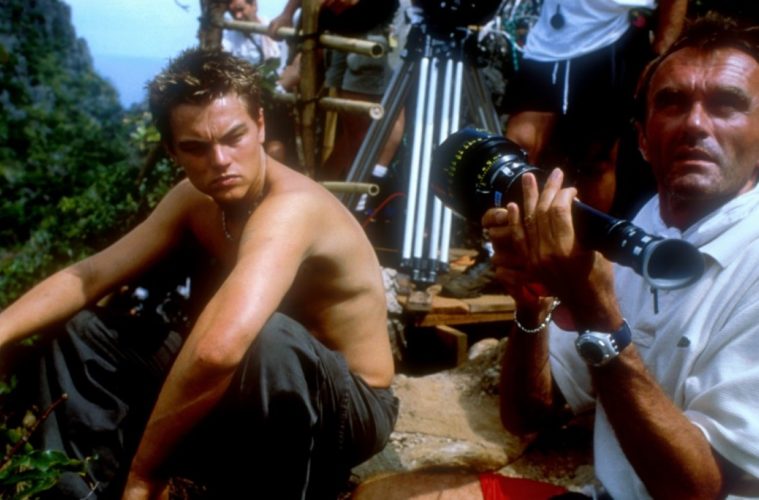 Coming as one of the higher-profile (potential) actor-director shifts we’ve seen in a good long while, there stands a chance that the Aaron Sorkin-penned, Steve Jobs-centered biopic will, following the departure of David Fincher — and, indicative of as much, the likely absence of a once-sought Christian Bale — land in the hands of Danny Boyle, who’s reportedly made a starring offer to Leonardo DiCaprio. (Yes, The Beach really is fourteen years old. We only have so much time on this planet.) Entirely unexpected and, to that end, awfully enticing a possibility, but surely not one we’re guaranteed to see come true: the star is looking to partner with Alejandro González Iñárritu on The Revenant for a September shoot, while its director is himself busy enough to have at least a few other priorities at hand. [THR]

But it’s something yours truly is glad to hear initial word of — gladder than a news item would normally leave me — both for the chance it offers an (as-of-late) overly kinetic voice to tamper himself a bit, while also in seeing how Boyle and DiCaprio‘s respective presences could mesh with Sorkin‘s unusual approach. As has been repeated almost ad nauseum by now, it’s to consist of “around three 30-minute scenes all set right before three major product launches.” As carefully selected, these time periods would be the launch of the first Mac (early 1984), the NeXT (throughout 1997, around the time Jobs returned), and the iPod (late 2001). Possibly one of the more demanding roles we’ll have seen from the star, if things actually do fall into place — which, again, they certainly have not yet. Fingers crossed, if only because the newfound partnership between DiCaprio and Jonah Hill might make way for a wacky Steve Wozniak appearance.

Do you see Boyle and DiCaprio making a reunion on this title? Is it a fitting replacement for Fincher and Bale?