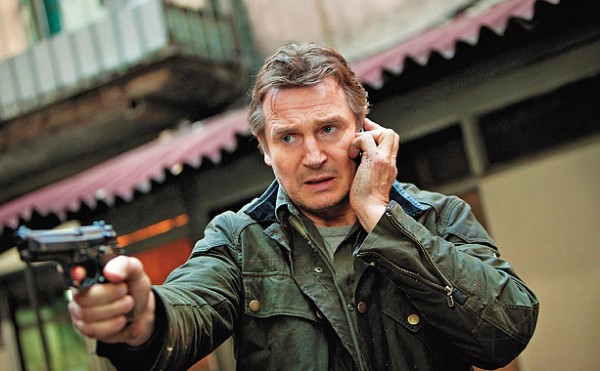 ‘Lego: The Piece of Resistance’ Brings on Liam Neeson, Will Ferrell, Alison Brie, and Nick Offerman It looks as though Morgan Freeman isn’t the only one who has just one more Batman-starring film in their system. This is the inexorable power held by Lego: The Piece of Resistance, an increasingly-promising work of corporate filmmaking whose said promise might do the impossible: make it a good stop-motion time. Phil Lord and Chris Miller (21 Jump Street, Cloudy with a Chance of Meatballs) getting behind the camera means a good deal to this writer, but even if their presence (for some reason) doesn’t convince you, the voice talent ought to lift it up.

Especially now, as Deadline tell us Liam Neeson (there’s my Batman connection), Will Ferrell, Alison Brie, and Nick Offerman have signed for parts alongside Chris Pratt, Will Arnett, Freeman, and Elizabeth Banks. Big roles, too, though it might help to know the outline before going into any of that, so let it be said the picture follows Emmet, a Lego figure whose normal life is interrupted upon being mistaken for the perfect force against an evil overlord.

The latter character, President Business — who is said to be making steps toward gluing the universe together — will be voiced by Ferrell; by his side is Neeson‘s character, a henchman. Meanwhile, Lord / Miller‘s 21 Jump Street star, Offerman, will appear in the guise of a pirate seeking revenge on the antagonist (Offerman), while Brie is attached to play a hero “with a powerful secret.” Thanks to her character, Lisa, Will Arnett‘s Batman swings in at one point.

So, I’d argue the film is in good shape. Better shape than it has any right to find itself in, actually, and enough to have me actively anticipating a film based on some silly toy. No, I also don’t know what’s happening to me.

Chris McKay is co-directing Lego: The Piece of Resistance, which will open on February 7th, 2014.

Having these actors sign on — and knowing their parts — does Lego‘s prospect look any greater?