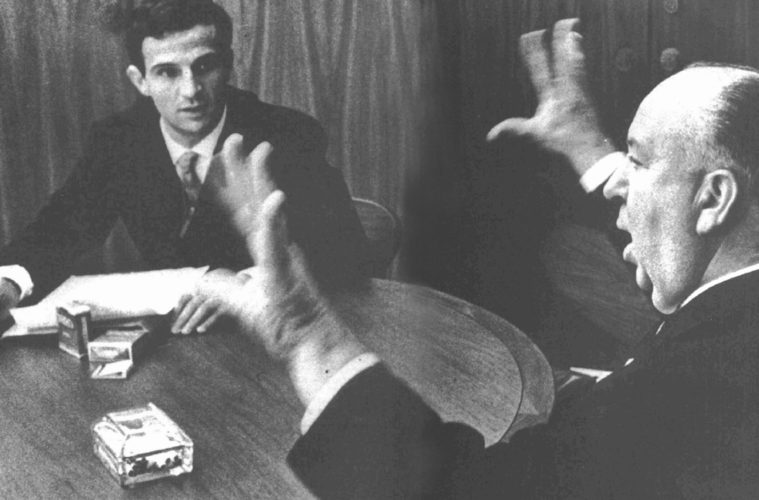 Is this the most exciting news that will come out of Cannes? In any case, Variety report that Kent Jones has corralled some of the best and brightest of modern cinema to help complement a film text that, itself, is as essential as they come. The title Hitchcock/Truffaut should tell you about half the story, but there is, as they say, more: it’s to employ the perspectives of Martin Scorsese, Steven Spielberg, Olivier Assayas, David Fincher, the Dardenne brothers, James Gray, Richard Linklater, Arnaud Desplechin, Brian De Palma, and Wes Anderson, who will discuss effects that seminal set of interviews left on the world of cinema — particularly what paths it helped forge for the French New Wave and New Hollywood — as well as their own coming-of-age.

Jones, though best-known for his commentary in the likes of Film Comment, has proven a fine documentary filmmaker in his own right: along with direct participation in Scorsese‘s deeply personal My Voyage to Italy and A Letter to Elia, he was also behind Val Lewton: The Man in the Shadows, a critical examination I couldn’t recommend highly enough. Following in the steps of those titles and true to the source text, Hitchcock/Truffaut will also work through the conversations these men shared — one might wish to listen (at least in part) to about 12 hour’s worth of it — and, further to that end, share scenes from Hitchcock films that are then “intercut with comment from the filmmakers.” From the subject to the helmer to the interviewees, something which even remotely lives up to its considerable potential could be a major item.

With a screenplay co-written by Cinémathèque Française’s Serge Toubiana, the picture is expected to arrive next spring; Cohen Media Group, Artline Films, and Arte are backing the title.

Does the news of a Hitchcock/Truffaut film spark your interest? What promises arise from the list of commentators?