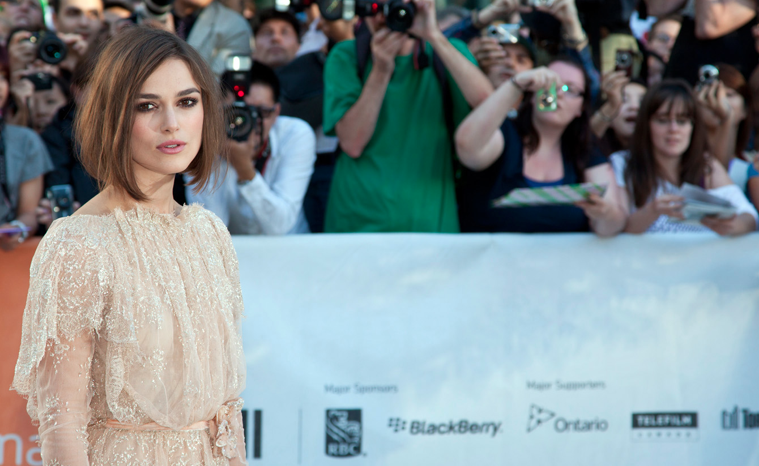 With a hero, a villain, and a director — yet, only two actual people! — it’s time for Kenneth Branagh‘s (somehow) still-untitled Jack Ryan reboot to find a lovely leading lady. Should Deadline be correct, they’re already approaching this one just right.

As their report informs us, Paramount have whittled down their selection pretty well and settled on three possible candidates: Keira Knightley (the current top choice), Evangeline Lilly, and Like Crazy star Felicity Jones. The “high-profile role” for which they compete is Dr. Caroline Muller, who, by the time of the Harrison Ford installments (Patriot Games & Clear and Present Danger), was Jack Ryan’s wife. And while many (read: not a soul) assumed Anne Archer would only hold the title of his onscreen wife, this three-film deal could see us add another to the non-maintained pantheon.

Jessica Biel and Kate Beckinsale were both approached — I guess someone at Paramount liked Total Recall — but those talks fell through For the best, I’d say, seeing as these are three choices I’d be very hard-pressed to reject; even Knightley, the most “obvious” pick of the litter, is far more interesting than those two action mainstays. But having someone like Lilly headline a franchise-starter — and, in all likelihood, an actual franchise that I see turning out very well — has even more potential. (It should be said that Jones is also a strong option. Let’s not, to paraphrase a spy term, leave her out in the cold.)

Which of these three would you pick? How do you feel about them as candidates?