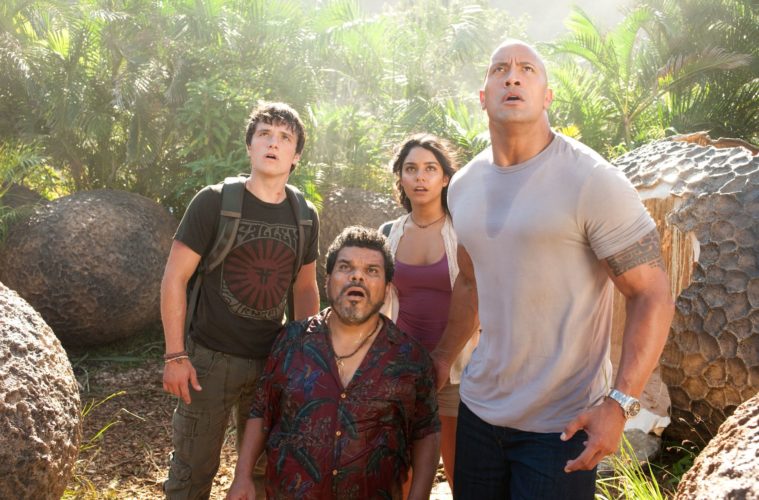 Coming off domestic and international trailers that hit a couple of months back, Yahoo! has released another preview for Journey 2: The Mysterious Island, the (ever so slightly) overdue sequel to 2008’s Journey to the Center of the Earth.

Though some might be interested in getting another look at the film, anyone who’s seen the first two pieces should know what to expect from the third: expository dump, helicopter crash, CG environments, and CG creatures to go along with it. The cast — made up of Josh Hutcherson, Dwayne Johnson, Michael Caine, Luis Guzmán, and Vanessa Hudgens — all look to be fitting in with this nicely, and yet, that notwithstanding, nothing about it looks “exciting.” I’m not even impugning the film for taking the route it has; I simply find myself disinterested Synopsis: Young Sean Anderson receives a coded distress signal from a mysterious island where no island should exist. It’s a place of strange life forms, mountains of gold, deadly volcanoes, and more than one astonishing secret.

Unable to stop him from going, Sean’s new stepfather, Hank, joins the quest. Together with a helicopter pilot and his beautiful, strong-willed daughter, they set out to find the island, rescue its lone inhabitant and escape before seismic shockwaves force the island under the sea and bury its treasures forever.

Are you impressed with the previews for Journey 2? Did you see (and enjoy) the first?