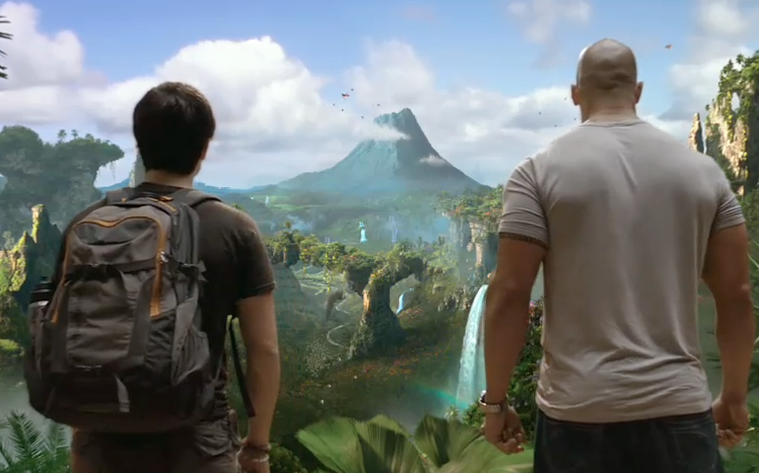 The first trailer for Journey 2: The Mysterious Island made the film look, well, exactly like what you’d expect from a sequel to Journey to the Center of the Earth. Whether that’s a plus or minus is entirely up to you, but I’m basically saying that it carries a sense of CGI-infused “fun” that can be welcome when done properly. I’m not entirely sure if this is a case of such, though.

This international trailer is a bit more serious, which is sort of amazing when you remember that this is a 3D movie in which Dwayne Johnson and Luis Guzmán ride a giant bee. Not that this looks like Shame or anything; it’s just a slightly harder-edged attempt at marketing a movie that itself seems intent on being ridiculous.

The new journey begins when Sean receives a coded distress signal from a mysterious island where no island should exist — a place of strange life forms, mountains of gold, deadly volcanoes, and more than one astonishing secret. Unable to stop him from going, Sean’s new stepfather joins the quest. Together with a helicopter pilot and his beautiful, strong-willed daughter, they set out to find the island, rescue its lone inhabitant and escape before seismic shockwaves force the island under the sea and bury its treasures forever.

How does this second trailer compare to the first? Are you excited to take a second Journey?