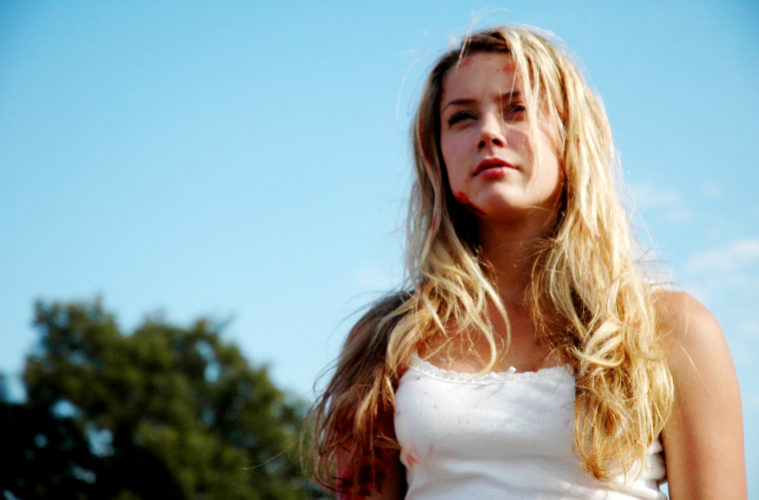 Three movies after the fact for director Jonathan Levine (and about twenty for star Amber Heard), their well-liked horror picture All the Boys Love Mandy Lane — a fixture at the Toronto International Film Festival… in 2006 — will get a North American opening. Deadline report on the long-, long-delayed deal, which was set into place by The Weinstein Company’s subset, Radius; with their focus on both theatrical and VOD openings, we’ve been told to expect “a late-summer multi-platform launch,” the kind of term that would’ve been equal to an alien language when this movie first premiered. (The lack of an actual release date is small potatoes, really, when you talk about something many had suspected would never actually open.)

A series of legal issues and their related financial difficulties (none of which should interest you too greatly) have kept Mandy Lane out of theaters all this time, but the movie’s intended impact didn’t leave Radius’ Tom Quinn. Seeking Levine‘s work for some time after laying eyes upon it, he and executive producer Keith Calder managed to untangle the batch of issues, now leaving them with the struggle that tends to dog the release of a soon-to-be-seven-years-old movie. When it comes those who, for years, were curious about what happened here (myself included), no convincing is necessary.

Watch a grainy, five-year-old trailer below:

In other acquisition news, IndieWIRE report that Lynn Shelton‘s Touchy Feely, also her follow-up to the hit Your Sister’s Sister, will come to general audiences by way of Magnolia Pictures. Reuniting her with Rosemarie DeWitt, the picture also features Scoot McNairy, Ellen Page, Ron Livingston, and Allison Janney, making for a mini-Margaret reunion, while also marking the second reference in this article to films that missed a 2006 release by one huge mark.

Also written by Shelton, Touchy Feely follows the travails of a massage therapist, Abby (DeWitt), whose practice is thrown out of order when contact with any other person becomes an increasing fear. From there, conflict only ensues.

Finally, TheWrap tell us the successful Sundance premiere (and upcoming ND/NF title) Blue Caprice has found its own home. Unafraid of the dark, true-to-life content are IFC’s Sundance Selects, who will be releasing Alexandre Moors‘ picture later this year, likely on a dual theatrical and VOD platform — when, on the other hand, remains undecided. With Isaiah Washington and Tequan Richmond playing the perpetrators of 2002’s Beltway sniper killings, I wouldn’t expect a summer opening.

Is it good to see Mandy Lane finally have a home? Which of the other two titles are you anticipating most greatly?