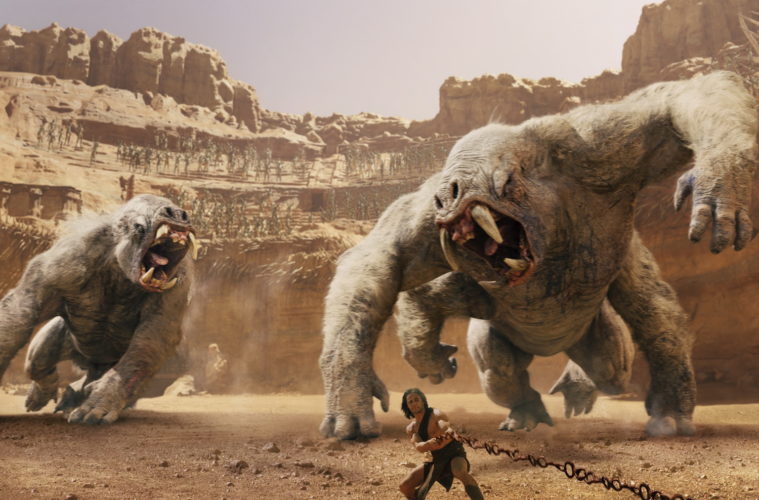 You’d figure that, with millions of dollars spent — and an even greater number of people watching — a Super Bowl spot for your over-budgeted spectacle would include tons of new footage to lure the unknowing in. Disney felt differently, deciding to, far as I can tell and not in the mood to exaggerate, include about two seconds of exclusive material for their John Carter ad. Although I like the basic concept behind it, the Led Zeppelin cover is rocking, and I’ll contend that the movie looks kind of fun — this is just lazy.

Meanwhile, a new featurette contains tons more new footage — which is to say, it contains new footage — and sells up the comedic, pulpy bits of Andrew Stanton‘s film a little more. Best of all, it isn’t overly kiddie or on-the-nose with either; no, not Oscar Wilde, but I’m naturally tickled by Willem Dafoe voicing an alien. Are you impressed with either the Super Bowl spot or featurette?