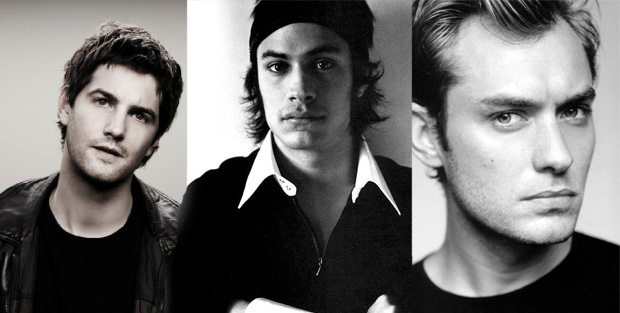 Maleficent is no longer Angelina Jolie‘s pet project. Robert Stromberg has been roped in to direct, Elle Fanning is edging closer to play Sleeping Beauty, and, now, Life&Style have heard some big casting rumors for a couple of other supporting roles. First off, an anonymous source (take that as you will) told the outlet that Jim Sturgess and Gael García Bernal, both men of fine repute, are up for the part of Diaval, “an Irish man with black hair, dark eyes and a slight Irish accent.” Though he starts off the story as a(n Irish) bird, the titular witch makes him a man and, soon enough, her lover.

Then there’s Stefan — don’t get too excited, Bill Hader — who, in Linda Woolverton‘s screenplay, is a “half human, half fairy and the father of Aurora [Elle Fanning].” That role’s being eyed for Jolie‘s Sky Captain co-star, Jude Law; don’t ask me if he’ll take it, because I haven’t a clue. The rest of the lineup contains a few unsurprising names for this kind of film: Patrick Stewart for King Henry, and either Emma Thompson or Judi Dench for someone (or something) named Flittle.

So, yes, none of it’s raising eyebrows, none of it’s terribly exciting, but I can’t find much fault here, either. While the “revisionist take on a fairy tale” angle has been run a little dry by this point, I’ve got no real reason to think the film itself won’t be some fun. I mean, who doesn’t get the basic appeal of Angelina Jolie hamming it up as an evil queen?

Are you intrigued by any of this potential casting?