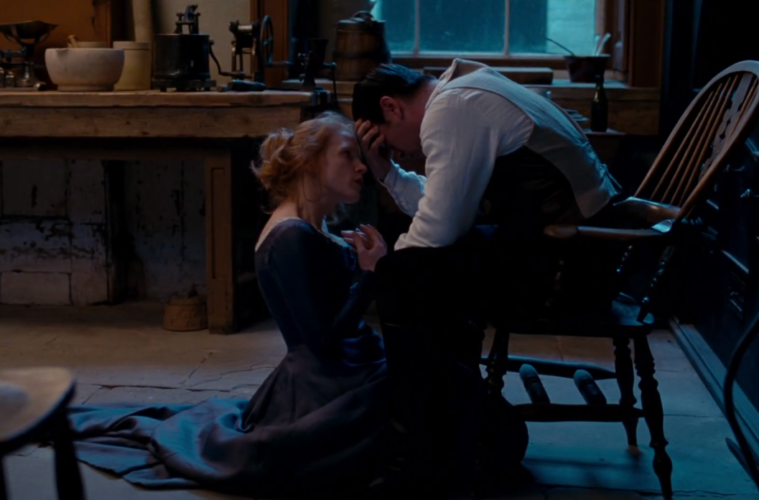 Though shorter and, by dint of being shorter, a smidge less elegant than its predecessor, the latest trailer for Liv Ullmann‘s Miss Julie is a real beauty. They’re selling its French release with some of the bigger arsenal in mind, over some 90 seconds offering plenty of chances to see Jessica Chastain, Colin Farrell, and Samantha Morton pull out all stops, throwing their bodies about and shouting without sinking into the toxic expression known as acting!

That being said, when much of the content is essentially identical to what’s come before — there only seems to be so much they’re giving away — and when a fall release is not out of the question, you might want to hold off. (This is especially true of the lucky set who’ll see this at TIFF in about a month’s time.) We still can’t wait to see what Ullmann and co. have concocted, because this looks positively divine.

Have a look below (via VLicious): Miss Julie will premiere at TIFF, which kicks off on September 4th.

Are you looking forward to Ullmann’s endeavor?