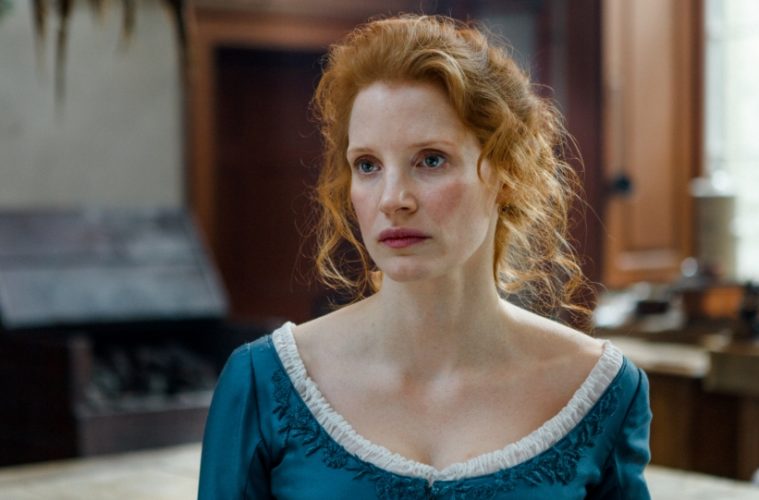 More than a year after our first look arrived, we finally have some more substantial glimpses at one of our most-anticipated pictures of 2014: Miss Julie, which sees Jessica Chastain, Samantha Morton, and Colin Farrell lead another interpretation of the eponymous classic text, this time adapted by none other than Liv Ullmann. Not just another costume-drama in the vein of Masterpiece Theater.

And, thankfully, a premiere might be right around the corner, what with TIFF — exactly the kind of fall festival that this title (based on what we actually know of it) fits into — being some three months away. We can, today, bring you a batch of new photos from the picture — production stills of Chastain and Farrell glaring / kissing, along with a couple of shots featuring Ullmann in the midst of directing — as well as a first poster. Some sort of in-movement peek will be needed to make a better judgement, but, for the time being, what’s here is further promise of something special. Miss Julie is expected to premiere in the fall and is seeking U.S. distribution.

What do these pictures do for your anticipation?