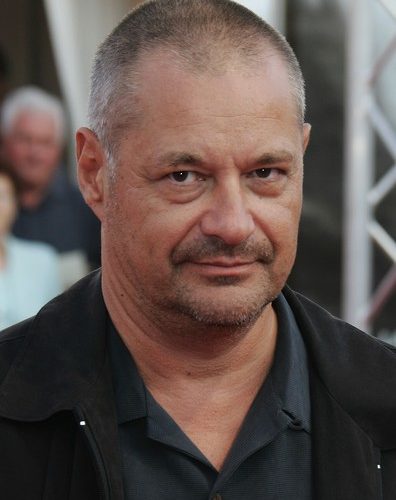 The last news on Jean-Pierre Jeunet came in late June, when we learned that the Amelie director would be returning to English for the first time since Alien Resurrection, either with an adaptation of Thomas H. Cook‘s Red Leaves or a film version of The Selected Works of T.S. Spivet by Reif Larson. Both sounded as if they would accommodate to the director’s whimsical styles pretty nicely, so it wasn’t a question of “should he,” but “when will he.”

The latter hasn’t exactly been answered, but Allocine (via HeyUGuys) reports that he’ll next helm T.S. Spivet, which will kick off filming next summer in three dimensions — and in Canada! The novel — being adapted by the director and his Amelie co-scribe, Guillaume Laurant — follows a twelve-year-old boy who fancies himself a cartographer in his travels from Montana to Washington, D.C.’s Smithsonian Museum. Whimsy, whimsy, whimsy.

Larson must be happy about this news, since Jeunet was quoted as saying the following on his contacts with the author:

“When I contacted the author, he said that there were five directors with whom he wanted to make the film: David Fincher, Wes Anderson, Tim Burton, Michel Gondry and myself. I was the first to contact him. Since we no longer have stopped working.”

The story, which is what almost always matters, sounds like it fits into Jeunet‘s wheelhouse, so I’m mostly pre-occupied with what a visual stylist like himself can do with 3D. Martin Scorsese‘s Hugo is the first film in years that’s made me think something valuable could be done with the format, if a talented director is really embracing it as a format, not just a way of adding $3-5 to a ticket price. I trust that he’s one to use it properly — so I might actually be interested in another 3D film. I don’t like that feeling.

There are some answers here on the road from Divide, and some new questions, too. How does one map the delicate lessons learned about family, or communicate the ebbs and flows of heartbreak, loneliness, and love?”

Are you happy to hear about another film from Jeunet? Do you think it’ll be a good fit for him?