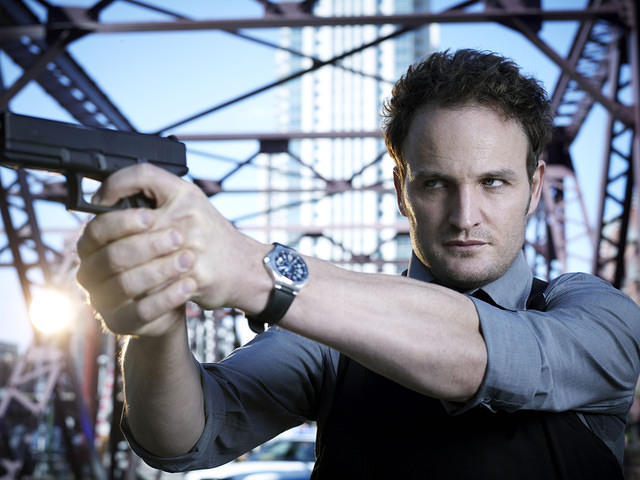 With the exception of a slight shift in release, Kathryn Bigelow‘s forthcoming film on SEAL Team Six — a.k.a. the men behind bin Laden‘s death — appears to be going through pre-production at a steady, if quiet pace. The first big development in about six months is now being reported by Deadline, that being the casting of Wettest County in the World actor Jason Clarke in the lead role, described as “a terrorist hunter in service of the U.S. efforts to hunt Bin Laden.”

Word went around this past May that Joel Edgerton was set for a similar part, but their story doesn’t mention him once. Instead, other contenders for the proposed “elite group of actors” include Tom Hardy, Jennifer Ehle (Contagion), Guy Pearce, Idris Elba, Rooney Mara, and Midnight in Paris‘ Nina Arianda. Edgerton‘s omission is a curious thing, but it might have some connection to rumors that had him pegged for the lead role in 300: Battle of Artemisia. For his own sake, I’m hoping that’s not the case.

I don’t see this hurting the actual film itself, however. Tracing its development, much of the attention being lavished upon the project is due to both the subject matter and the pairing of director Bigelow and screenwriter Mark Boal — their last collaboration, The Hurt Locker, could reasonably be considered a success. Plus, Clark is a strong actor in his own right; possibly lacking in terms of a big name status, but Edgerton‘s two starring roles this fall (Warrior and The Thing) were both box office disappointments. This isn’t only aiming for financial success — awards are crucial, as you could’ve guessed — so as long as it can stand up on its own, I don’t especially care who takes the lead.

Do you think Clarke would make a good lead for the bin Laden film? What are your thoughts on other cast members?