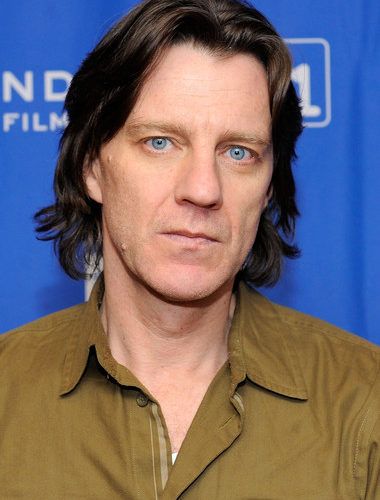 On the occasion of his latest film, Shadow Dancer, hitting Sundance and finding distribution, James Marsh is taking to the publicity circuit to discuss projects both current and future. And, as it so happens, one his stops along the way was ThePlaylist, with whom he shared details on three potential, narrative projects that lie ahead.

One we’re only hearing of now is The Silent Land, which Marsh describes as a “very interesting, unusual supernatural story.” Based on Graham Joyce‘s novel, the story — which has been given a first draft by the director and Nick Drake — follows Jake and Zoe, a married couple who, after digging themselves out from an avalanche, discover that their hotel in the French Pyrenees is empty. That’s bad enough; but there’s also a complete silence in the area, any sort of communication is dead, and another avalanche is coming. After a series of “unset­tling events neither one can ignore,” they must “con­front a frightening truth about the silent land they now inhabit.” Spooky, you might say.

The other two have been mentioned in some prior capacity — one is Valerio, the other El Aura. The former of those, “a comedy-heist movie based on a true story,” has been written by Kelly Marcel and follows Valerio Viccel, an Italian criminal who “undertook the biggest ever heist in British history.” That, on the surface, doesn’t sound like a knee-slapper, but Marsh elaborated: the script casts him as an “Italian playboy-bank robber, a preposterous character, vain, shagging everything that moves”; it’s the basis in reality that has him interested, however. Two actors are said to be in mind — ones who we, as per usual, don’t know the identities of. But, combine Marsh‘s hopes and the fact that 4DH Films are already in line to produce, and it’s entirely possible that Valerio will be his next film.

Finally, there’s El Aura (or The Aura), a remake of a 2005 Argentinian thriller that was directed by Fabián Bielinsky and starred The Secret in Their Eyes‘ Ricardo Darin. This film centered on Espinoza, a psychotic, epileptic taxidermist who wants to commit “the perfect crime” by implementing his photographic memory and skill for planning. But his condition is a problem; it creates something called “the aura,” which leaves him confused as to the nature of time. Film4 will be producing the English-language version.

All of those sound promising to one degree or another — be it because they’re potentially funny, thrilling, or challenging — so, to put it rather simply, Marsh‘s pick here is fine by me.

Do any of these future endeavors sound worthy of Marsh’s time? Which would you most like to see?