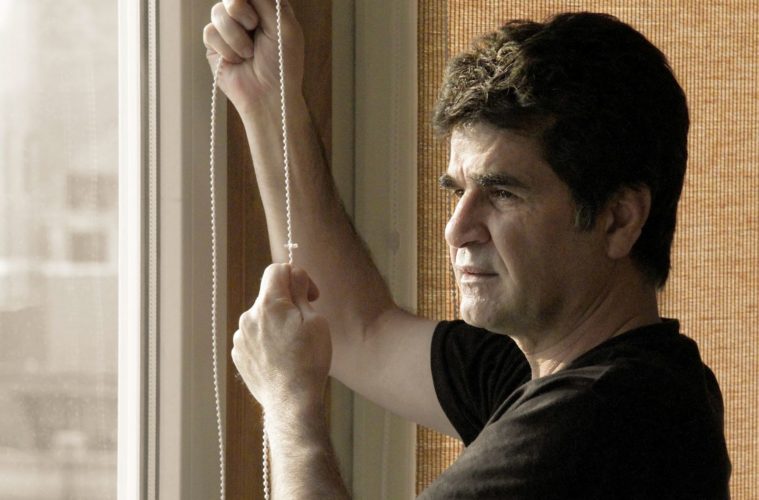 Announced somewhat surreptitiously announced by old (now, reportedly former) friend Abbas Kiarostami, director Jafar Panahi‘s follow-up to last year’s bracing This Is Not a Film — one of our favorites from 2012 — has been slotted into next month’s Berlin Film Festival. There are other films added, this coming in the latest round of festival titles — Shia LaBeouf‘s Charlie Countryman, Side Effects, a Juliette Binoche vehicle directed by Bruno Dumont — but, for all intents and purposes, this is the one we need to keep an eye out for. [Fandor]

Which makes this dearth of anything problematic. Berlinale are playing this one close to the chest, only revealing that it’s called Closed Curtain, originally known as Parde, and is co-directed by Iranian helmer (as well as Panahi‘s Circle co-scribe) Kambozia Partovi. The list of actors would lead suspicious eyes to think we have another Film-style documentary on the way; listed in Curtain‘s acting field are the two filmmakers, while everyone else — save for Hadi Saeedi, who took a role in Panahi‘s 2006 film, Offside — is seemingly anonymous. (Don’t even ask who “Boy” might be.)

Making this situation even more puzzling is having no status on Panahi himself. That he was able to direct would, by general means, indicate a jail sentence hasn’t been put into effect — even after breaking his probation-esque rule with the making of Film — but not knowing his circumstances leaves us without the clearest idea as to the circumstances of Closed Curtain. Good thing Berlinale is only a month away, because I can’t wait to find out what’s going on here.

What do you think of this announcement? Do you hope to hear of his current activity?