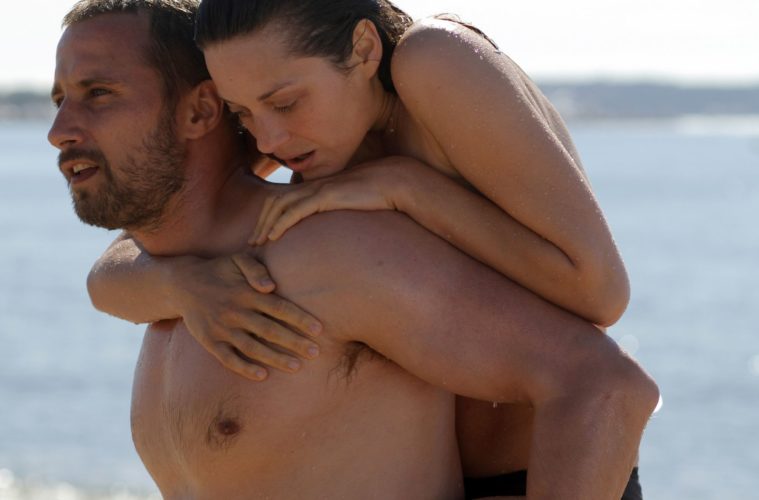 Great news: One of our most anticipated films of the year is set to hit before 2012 comes to an end. According to Variety, Jacques Audiard‘s Cannes hit, Rust & Bone, has been secured for a limited opening on November 16th; Sony Pictures Classics will be distributing. Marion Cotillard and Matthias Schoenaerts (Bullhead) star in the film, a drama wherein an aggressive, unemployed father finds himself in love with a traumatized trainer of killer whales.

Our review from the festival was a little measured in its assessment, but there was praise for Audiard‘s “naturalistic camera work” and the central actors’ performances; the main point of contention comes from Rust‘s “sense of disjointedness,” which is, apparently, itself the result of adapting an anthology novel. Still! A Prophet was one of my favorite films of 2010 — one of my favorite crime films of this millennium, to boot — and the potential powerhouse of this acting combination alone gets me fully invested. In the same report, we’re also told that Amy Berg‘s West Memphis 3 documentary, West of Memphis, will make its way into theaters on December 28th. Peter Jackson produced the work, a nearly three-hour exploration of the searing case that he hopes will “get the West Memphis Three’s names cleared and help find the real killer.” After its well–received premiere at this year’s Sundance, it looks as though the search for an actual perpetrator is getting closer and closer to being resolved; with enough attention and some luck, the public release might only push it even further.

And, on top of that, the film’s trailer makes it look like a truly compelling, detailed dive into one of the most controversial crimes of the past 20 years. When it’s all taken into account, Memphis is, without question, one of 2012’s most promising documentaries.

Do you plan to seek out either film when they hit in the coming months?